It’s no secret that residential rehab centres for alcoholics both save and transform lives, day in and day out. It’s also no secret that even just a little professional advice at the most appropriate juncture can help an individual avoid spiralling into the kind of alcohol dependency that could potentially destroy their life. However, one of the most heavily debated subjects and one that continues to divide the public in general is that of where exactly the line should be drawn between a genuine alcohol problem, and simply enjoying a drink every now and again. After all, opinions as to what constitutes excessive drinking differ spectacularly from one person to the next – alcohol tolerance alone making it difficult to reach any kind of widespread consensus.

As far as the experts are concerned, however, it is in fact relatively easy to at least go about a preliminary self-diagnosis with regard to whether or not you have, or may be developing, an alcohol problem. More often than not, doctors advise that if and when any individual begins having even the slightest concerns with regard to their own drinking habits, this in its own right is justification for seeking professional advice, or at least an informal chat. 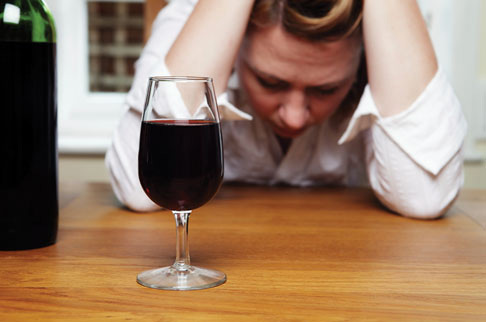 Taking things one step further, however, experts often refer to the C.A.G.E. acronym, as a means by which to advise individuals, whether or not they could benefit from professional advice. So for those who have even the slightest concerns with regard to their own drinking habits and activities, to tick one or more of the following boxes should be enough to motivate a chat with the professionals:

First of all, one of the strongest signs of a genuine alcohol dependency is that of realising you are drinking too much, actively trying to cut down the amount you drink and failing in your efforts to do so. Of course, this doesn’t necessarily mean that to go out on a Saturday evening intending to only drink three pints and ending up to having five automatically means you have an alcohol problem.  By contrast, if the amount you drink has become a matter of concern to you and you have repeatedly tried to at least cut down modestly though continually fail to do so, it’s important to seek professional advice before things get any worse.

A – Annoyance When Criticised

When an individual is completely confident that their drinking habits are not problematic and that they are in total control of what they are doing, any third party comments are criticisms can be immediately laughed-off or simply ignored. After all, if you yourself are 100% confident that you are not doing anything wrong by yourself or by anyone else around you, why would you respond negatively to such comments? By contrast, if each time you are in any way questioned or pulled-up with regard to the amount you drink you find yourself becoming annoyed, defensive or in any way agitated, this is most likely because you know deep down you do in fact have a problem to address.

When it comes to alcohol dependency and alcohol abuse in general, guilt can take a great many forms. For example, feeling guilty about the fact that you drank a little too much the night before for the first time in several weeks or months isn’t necessarily a bad thing – chances are you won’t make the same mistake again, anytime soon. By contrast, if you are finding yourself with feelings of guilt regarding your actions or the consequences of your actions while intoxicated, this could indicate a problem. Likewise, if your relationships or working life are in any way suffering due to your drinking habits and your better judgment tells you that this really isn’t acceptable, this is once again something that should be discussed with the professionals.

Last but not least, the classic ‘hair of the dog’ approach to curing a hangover is the kind of thing that when utilised maybe once or twice a year in the most special of occasions doesn’t in every instance constitute an alcohol problem.  However, if you find yourself needing something of an eye-opener on a relatively regular basis simply to get over the night before, this is in fact one of the first and most indicative signs of alcoholism. Quite simply, if in any instance you find yourself turning to alcohol simply to feel ‘normal’ again, you have an alcohol problem that should be brought to the attention of the professionals.

Be Aware Of The Benefits Of Legal Steroids

The Painful Cost of Family Health Care in Australia

How to Use CBD to Improve Your Health