Florence Nightingale is a household name: Her selfless contributions to medicine and social reform are well-known in history books. Even more impressive is the fact that Nightingale and other notable nurses were able to instigate change and improve standards of care without the benefit of standardized training. Nurses today are able to pursue the highest levels of education in their field — and even do so part-time, such as taking a masters in nursing online — because of the nurses who have gone before them. Read on for profiles of nine famous nurses and their contributions to nursing history. 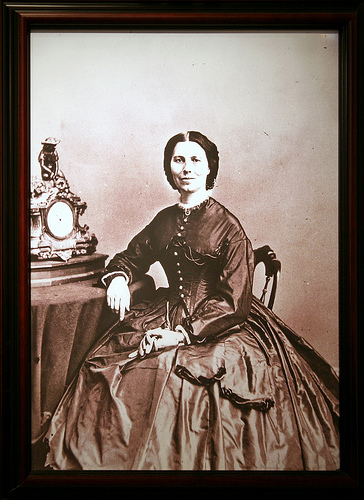 One of the most influential nurses in history was Clara Barton, who founded the American Red Cross. Barton lived from 1821 to 1912, and, like many educated women of her day, started out as a teacher. She was called to the nursing profession during the American Civil War. Many women did this as part of their ladies’ aid societies, but not as many got permission to tend to wounded soldiers on the front lines of battles. After the war, this “Angel of the Battlefield” worked at the Office of Missing Soldiers and assisted with military hospitals in Europe. While abroad, she learned about the International Red Cross. On her return to the United States, she launched the American Red Cross.

While Clara Barton was inspired to nurse soldiers, Dorothea Dix felt called to help people with less visible ailments. Like Barton, Dix (1802 – 1887) was a teacher before she was a nurse. One of her tasks was teaching inmates at a jail in Massachusetts. She observed the poor conditions of the mentally ill inmates and began crusading for change. She studied asylums and other institutions for the care of the mentally ill in the United States and Britain, and worked to establish measures for state-run institutions in the United States, especially for the care of the indigent.

Barton and Dix did a lot for improving the quality of care for patients. But Mary Eliza Mahoney, the first black woman to be registered as a nurse in the United States, took immeasurable strides in opening the field for equality in nursing education. When Mahoney encountered race discrimination in the organization that would become the American Nurses Association, she decided to help found the National Association of Colored Graduate Nurses. She lived from 1845 to 1926 in New England.

One of the most amazing life stories of all of the nurses on this list belongs to Mary Seacole. The daughter of a Scottish soldier and Jamaican traditional healer, Seacole nursed cholera patients in Jamaica and later in Panama. When the United Kingdom became embroiled in the Crimean War, she set off to help. Unable to achieve government funding for the trip, she paid her own way to the front and established a convalescent hotel for wounded soldiers.

Another nurse who gets “first” dibs is Brig. Gen. Hazel Johnson-Brown, who was both the U.S. Army’s first black female general and the first black chief officer of the Army Nurse Corps. Johnson-Brown was rejected by her first choice of nursing school because of her race. She got her nursing training elsewhere and joined the military in 1955. She served in both Japan and Korea. She was born in 1927 and died in 2011.

While the stereotypical nurse today is a woman, Sarah Emma Edmonds had to dress as a man for her nursing career. She enlisted in the Union Army under an assumed name (and gender) and worked as a male nurse and an occasional Civil War spy, until a bout of malaria revealed her secret. Edmonds lived from 1841 to 1898.

Edmonds had to hide her gender, but a century later army nurse Col. Ruby Bradley was free to be her true self. A surgical nurse in the Army Nurse Corps, Bradley was honored for being the most decorated army nurse of her time. During World War II, she was captured and held as a POW in the Philippines. She also served in the Korean War. She lived from 1907 to 2002.

Two women in history who are not usually remembered as nurses are Louisa May Alcott, the novelist, and President Lincoln’s wife, Mary Todd Lincoln. Alcott was a Union nurse in Virginia in 1862. However, like some of her characters, her health was too fragile to continue the profession in wartime circumstances.

Lincoln, on the other hand, was robust in health but too busy for full-time nursing duties. She volunteered at military hospitals during the Civil War and dedicated herself to boosting morale. Both Alcott and Lincoln’s work helped to promote the status of nurses in general, which created opportunities for future generations of nurses. For more information on rn to bsn online programs, click here.

About the Author: Michaela Crest, R.N., has worked as an operating room nurse for the past 10 years. She enjoys delving into the history of her profession.

How to stay motivated in your football training

Tata Tiago: Accessories You Must Have