For those who spend time on the road, being involved in a motor vehicle accident can be a difficult event that has long-term repercussions. Between possible injuries to a damaged vehicle, there is nothing enjoyable about being involved in a collision. Although there’s a 50 percent chance of being at fault for the accident, it’s important to know what not to do if you caused the damage.

Admitting fault to an accident can immediately cast the blame on yourself, even if it was technically not your fault. Avoid taking the blame and allow the insurance companies to investigate, which will work to protect yourself.

Apologizing for an accident to other drivers involved is another form of admitting fault. Although it may be difficult to avoid consoling the other drivers involved, you can do so by checking for injuries instead of apologizing. You should also consult the services of an attorney to determine the right steps to take and specific actions to avoid after the collision has occurred. 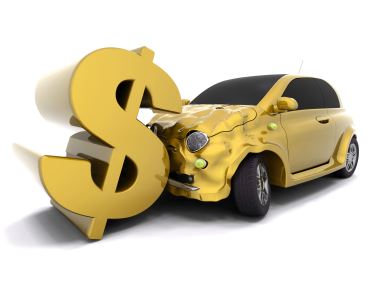 3. Talk About How it Happened

According to attorneys at Braithwaite Boyle Accident Injury Law, by striking up a conversation with other motorists involved in the collision, especially if they asked how the accident occurred, it can make you defenseless when reporting the incident to your insurance company. Remain silent about the cause and prevent going into detail when exchanging information.

4. Blame the Other Driver

Even if you may not be at fault, it’s important to avoid blaming the other driver, whether they cut you off or didn’t use a turn signal. Casting the blame on the other driver will not only cause them to get defensive, but can allow them to exaggerate on their injuries or build a stronger case against you. Remain neutral in your tone and demeanor to prevent aggravating those involved.

You may be in an accident and not notice any damage, but by leaving the scene without exchanging information, you’re actually committing a felony if someone is injured or killed. Although the accident may have been minor, you’re still committing a crime if you fail to give your information to the other driver and check on the well-being of everyone involved. Follow up by filing a police report, which will help to protect yourself, even if you’re at fault.

Although being in an accident can be devastating, especially if you’re at fault, there are several ways to ease the stress of the situation. By following the right steps and protecting yourself, it can prevent further damage or misinformation from being passed on when filing a claim with your insurance company.

Buy Legal Highs in UK and Feel the Ecstasy!

Charged With Assault? 4 Steps You Should Take Immediately After Being Arrested

What Is The Most Popular Honda Of All Time