In a time when divorce rates are at an all time high, many men are struggling to cope with both economic and emotional problems that can affect their self esteem. Thousands of men a year go through deep cycles of depression following a divorce, which can be detrimental to an entire family. But men do not have to continue on feeling defeated as there are countless ways to regain confidence after struggling through a separation. Listed are five ideas for men to regain confidence after going through a divorce. 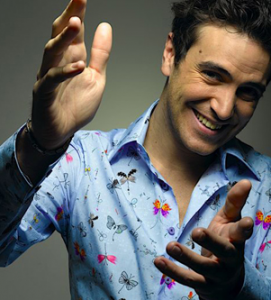 Many men are conflicted with feeling like they are no longer attractive to women after being divorced. They often struggle with the thought that being out of the dating circle for far too long will leave them unable to attract a new mate. This lack of confidence is a common part of the healing process and must be dealt with over time. It would be a mistake to try and establish a new relationship when old wounds are not healed.

Changing Appearance with a Makeover

New clothing can be a great way to establish a new sense of identity and move on from a divorce, and thousands of men a year and making the decision to better themselves this way. Many clothing stores specialize in adult clothing for men, which can leave any man feeling like a new person. A person should find a good brand that makes clothing appropriate to his style and there is no way this brand will disappear!

While this technique may seem frustrating on the surface, many men going through a divorce will contact women of previous relationships. A former partner can give an unbiased opinion on where the marriage went wrong, which can establish a sense of healing and progress in a man when he is ready to pursue a new relationship.

Taking Up Both New and Old Hobbies

Many men going through a divorce have realized the level of self sacrifice they had to make in a marriage. Following a divorce, men will take the opportunity to reflect on the past and renew old hobbies that sustained them before their marriage. They may have a dusty old guitar in their closet that they can dust off and relive the rock and roll glory days.

Focusing on the Self

Most importantly, going through a divorce is an important time to focusing on an individual’s own needs. Taking a moment to appreciate oneself and reflect on the past is the best way to prepare for the future. Fix the personal problems that impeded your marriage from success so you can move forward with your future.

Jayla Barnsen is a freelance blogger from Eugene, Oregon. She loves blogging about fashion and looking for new brand names and styles that make her think “no way this brand will disappear!”

4 Fun Foods You Should Start Introducing To Your Toddler

How Safe Is Your Child At DayCare