Gas prices are rising day by day but the need of fuel is not decreasing at all. To conquer this condition of high priced fuel we need some best gas efficient cars which can perform well enough and can save our money. 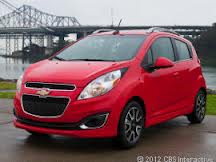 Here below are some of those best gas efficient cars on which I can trust upon for the better mileage and performance factor as well.

Maruti Suzuki is surely known for its fuel efficient vehicles which have style content too. Wagon R is one of the best gas saving cars launched by the company to provide the best assistance and services to its customers. It is in the list of top 5 selling cars per month in India.

It has the same 3 cylinder K10B 1.0 litre engine which is capable of producing 68PS power and 90NM of torque. It delivers 18.9kmpl in the city which is quite a significant digit for small cars. The price of Maruti Suzuki Wagon R is between Rs. 3.89 Lac to 4.85 Lac.

Maruti Suzuki Alto K10 is the best gas efficient car in my opinion if compared to all the present cars in the market. It has a style, comfort, cosiness, sporty looks and many more to talk about. It is the renewed version of standard Maruti Suzuki Alto,

Its 1.0 litre 3 cylinder engine is capable enough to produce the 68PS of power and whooping torque of 90NM. It’s 5 speed manual gear box gives the vague feel while driving and produces 21kmpl with all the fine speed.

Maruti Suzuki Estilo is another sibling from the company in the small car segment which is also in our list of best gas saving cars of the market. Its 3 cylinder 1.0 Litre petrol engine produces 68PS power and 90NM of torque which I think is best for the city purpose.

The looks are the most important aspect of this car other than its mileage which is 18kmpl in the city. It has a hexagonal theme of dashboard which provides comfort while driving the car. Though, the thing which I dislike in this car is its plastic quality which is not quite bad but still way behind the others.

Tata Nano is one of the best gas saving cars in the market for a very long time and still doing well. This car has been significant in terms of the mileage and its latest overhaul makes it a better looking car too.

It has 624cc 2 cylinder engine which produces 38PS power. It has increased mileage of 25.2kmpl which am I thinking is best if I’m looking for a gas efficient car for the city purpose.

Hyundai i10 is one of the best gas saving cars under the hatchback niche in the Indian market. It has not only the exceptional style but many features too. It has a 1.1 litre iRDe engine which produces a sum of 69PS power and 100NM of torque and touches the 100kmph mark in less than 12 seconds.

The features like USB ports, keyless entry, ABS, front airbags with a whooping mileage of around 19.6kmpl makes it a good choice if you’re planning to buy a small car for your family. The price range of this car is between Rs. 4.07 Lac to 4.61 Lac ex-showroom Delhi.

Now, I think all of you have a great idea about best gas saving cars while going to purchase one.

Car Shopping? What You Should Get

5 Tips To Buy An Electric Car