Give Your Apartment A Creative Touch: Think Of Soothing Company

On the heels of 4 Dangers Lurking in Hospitals, here are four more dangers associated with common medical treatments. Unlike sepsis or MRSA, you don’t become exposed to these dangers simply by visiting the hospital; instead, you must be actively involved in the associated medical treatment.

Antidepressants are designed to restore appropriate levels of neurotransmitter chemicals, such as seratonin and dopamine, to the brain. By doing so, they reduce depressive thoughts and episodes, and help people return to normal lives. In August 2013, the New York Times ran an article stating that one in 10 Americans takes some type of antidepressant medication.

It is both unfortunate and ironic that some people’s bodies and minds respond to antidepressant medication in the opposite manner — instead of reducing harmful thoughts and depressive episodes, in these cases antidepressants actually encourage people to self-harm, to hurt others, and often to commit suicide. 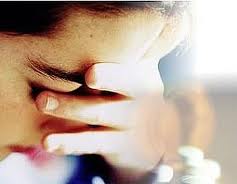 These unwanted suicidal tendencies are most often seen in children and teenagers, whether because of differences in brain chemistry or simply because, as Columbia professor of translational neuroscience Dr. J. John Mann notes: “Kids are more aggressive than adults and, in general, more impulsive and likely to act on powerful feelings like suicidal thoughts.”

Either way, the risk of potential suicide from the very medication designed to reduce that risk is now so high that it is included on a FDA warning label with each antidepressant prescription.

People suffering reduced kidney function or kidney failure are dependent on regular dialysis, a long, invasive procedure that cleans the blood that the kidneys are no longer able to filter and manage. In these cases, dialysis is not optional — it is a necessary treatment to prolong life until a kidney transplant becomes available.

Eating Habits That Can Change Your Lifestyle

Corticosteroids, a type of medication given to treat everything from asthma to traumatic brain injury, have numerous side effects. While one of the most serious corticosteroid side effects is the increased risk of losing vision through the development of cataracts, the majority of people who take corticosteroids choose to focus on the more obvious side effect: significant weight gain.

It is likely that you will be prescribed a corticosteroid at some point in your life, since it is used to treat arthritis, lupus, immune system disorders and organ transplants. Even if you aren’t prescribed a corticosteroid, you are likely to run into one via an over-the-counter nasal congestion medication such as NasalCrom or SinoFresh. Avoid corticosteroids as much as possible, but understand that they — and their associated side effects — are a major part of contemporary medical treatment.

Like corticosteroids, hormonal birth control has a few significant but rare risks, such as dangerous blood clots that lead to stroke, and a handful of mild but annoying risks, such as reduced libido. As many women know and many men come to learn, birth control pills, patches, and rings often reduce the sexual urge as they simultaneously adjust ovulation cycles to prevent pregnancy. Consider it one more way of preventing an accidental conception.

Smile Makeovers: Why You Should Be Considering Cosmetic Dentistry