Throughout the world, a Canadian mythos has sprung up chocked full with loads of half-truths and—in many cases—bold faced lies. Often started as a result of those from down south—regardless of their political leanings—wanting to move up to the True North, these myths have become pervasive, and many of them have now become accepted as truth. Well, I’m here to set the record straight and give you an idea of what is really the case here in Canada, and what you need to expect if you really want to move here. I’m talking to you America! Get ready, this one’s a doozy. 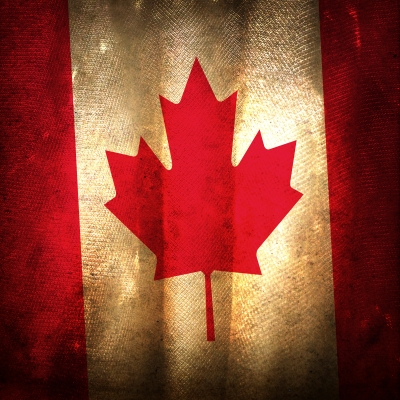 4. Beer is NOT Stronger here!

Though this is a pretty powerful myth all over the world, Canadian beer—and few other beers in fact—is actually not stronger than American beer. This myth has come about as the result of how America always enjoys being a rebel, that is they decided to determine alcohol content by weight instead of by volume like the rest of the world (get it together, America!). Because water weighs less than alcohol, this skews the percentage downward, making America’s favorite pastime seem lighter in comparison with other, volume measured beers. However, in reality, most of the world brews their beers at around 5%, Canada and America included. Unfortunately, that means that—even though you’re leaving the country of piss water and Coor’s Light, you’re not going to find much different up here. Sorry Americans!

3. Canada is Less Expensive than America

Now that life is getting a bit more expensive for Americans, many might look north at that wide expanse of frozen tundra called Canada for a bit cheaper living. But, seeing as many Canadian cities have cost of living expenses comparable to New York or LA, you’re going to have to look elsewhere for that.  You see, though the quality of living is great in Canada, purchasing homes and utilities is a lot more expensive than you’ll find almost anywhere in the US. Taxes are more expensive, wages are higher, distances are greater, and the population is smaller, all adding up to more expensive life. Don’t get me wrong, it’s definitely worth it; however, don’t be expecting lower expenses when you move to Canada. You’ll certainly be disappointed.

When people think of Canada, they think happy colors, roses, and too many “sorry’s” and hugs the moment you walk into the door. This, of course, is extremely exaggerated, and in many cases not true at all. In fact, according to the Pew Research center survey, which polled 47 countries on their attitudes about immigration, 62 percent believed that the amount of people entering the country should be controlled. A slight majority also argued that multiculturalism was bad for Canada, showing that—while perhaps we are a bit more polite than most people—Canada still has its share of non-acceptance towards the greater masses.

Canada has nationalized healthcare and it has higher taxes on pretty much everything, so it stands to say that Canada, is in fact, a socialist country. Of course, this is nowhere near the case. In fact, outside of a few “socialist” leaning services, such as the healthcare and other needed services, Canada is built on capitalism and free enterprise, just like America. Granted, Canada isn’t a true free market, but neither is America, nor most countries that are professed capitalist states. Instead, Canada—and these other countries—are a smart mixture of both, allowing some governmental control while still giving people the chance to live their lives and run their businesses with a relative hands-off approach.

Tyler Fleck is an avid writer who has had his work published all over the web. But, if you are looking for more information about Canada, or moving to Canada, check out the Chamberlain group, one of the leaders in Calgary real estate. They offer great deals on houses for sale in Calgary, and should be able to help you out. Thanks for reading!

Top 5 Luxury And Expensive Wedding Dresses Of All Time

Mentorship: 4 Ways Having A Life Coach Will Help You Succeed in Your Professional and Personal Life

5 Luxury Items You Should Ask For As Wedding Gifts