We all want our skin to look good forever. And for this what we do first and foremost is to rely on creams and serums that are anti-ageing and have anti-wrinkle effect. But have you ever thought that the anti wrinkle cream you used for the enhancement of your looks can actually give you inflammation, acne breakout or a red rash? These happen in people due to the presence of two preservatives in these creams, and of late doctors are finding an accretion in such cases.

The two dangerous preservatives used in anti ageing creams are

Both of these chemicals have antimicrobial properties and act as a preservative in water-based solutions. They have been widely used in toiletries, cosmetics and industrial applications such as in the manufacturing of paper, in cooling tanks and water storage tank in the industries. Methylisothiazolinone and Methylchlorosothiazolinone are found in dozens of cosmetic products that we use on daily basis.

According to dermatologists, MI comes next to Nickel in causing contact dermatitis. When it comes in direct contact with the skin it causes redness, inflammation and sores. Contact dermatitis is one of the most common types of eczema today. 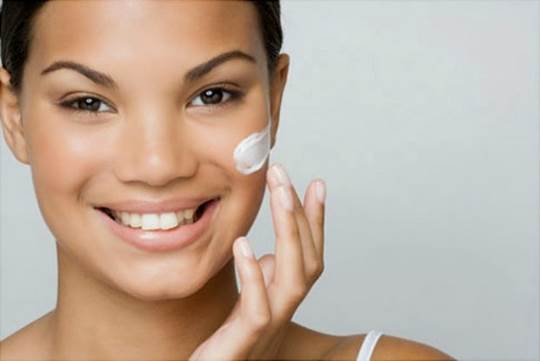 Why these Potentially Harmful Chemicals are used in Toiletries

Owing to the anti-bacterial properties of these chemicals, they are used as preservatives in shampoos, conditioners, eye liners, anti wrinkle cream, mascara and several other cosmetics. Chemicals increase the shelf life of these products. Without these chemicals, shelf life of a cream would be only two weeks after being opened. These ingredients trigger allergic reaction even when used in small quantities. According to a study, 10 out of 21 people reported about having dermatitis after using the moist wipes containing MI/MCI. Now companies have started using even higher doses of these chemicals eventually causing more and frequent cases of allergies to be reported.

What does it Mean to be Allergic to Cosmetics?

You can suddenly become allergic to something which you were using harmlessly for several years. According to a study, one in every hundred people is allergic to cosmetics or toiletries. But with the increase in doses of MI in cosmetics, the rise in allergies is very steep in the recent years. One out of every ten people who are suffering from dermatitis or eczema is also sensitive to MI.

Know are you at the Risk of Developing Allergy to Toiletries

Any part of your body can get affected due to reaction of MI on your skin, but usually it is face and hands. People get affected mostly by the wet tissues or wipes that contain MI, as they use these tissues on their sensitive areas. If you ever notice some sort of redness, swelling, blisters or eczema often after using a cosmetic product, consult your dermatologist as soon as possible and take the allergy patch testing. To ease the symptoms you can use a steroid cream and stop using the cosmetic you found yourself to be allergic to. Most symptoms subside by one week. Also, you can take services of Alpha Cosmetic Clinic which are specialists in providing skin treatment and effective anti-ageing services in Sydney, Australia.

Know the other Potential Allergens in Cosmetics

Although one can become allergic to any product virtually, but most common cause of allergies are fragrances and preservatives. Preservatives that are used in cosmetics other than MI that are potentially harmful are imidazolidinyl urea and quaternium 15. Also, phenylenediamine chemicals used in hair dyes can cause redness and blisters.

What you can do?

Before buying any cosmetics always pay heed to its ingredients. Buy products that contain natural things such as vitamins and plant based preservatives. When buying anti-wrinkle cosmetics don’t be led by glossy adverts and do exercise caution to ensure the health and glow of your skin!

Is It A Fad Or A Classic?

The Best Foods For Healthy Hair And Nails