As a filmmaker, an important question to consider is: who are you making the film for? Who is going to watch it? Who is going to buy it? The first step in answering these questions is to understand what the film is about. While this seems obvious, many filmmakers have not quite figured it out. 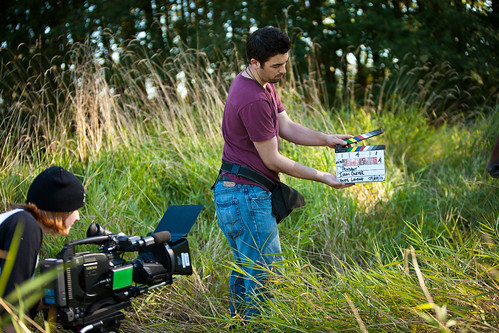 It is important to look beyond the genre, to parts of your film – the details that define moments. Story, location, set, actors and camera equipment make up the finder details of the film. When determining your niche, every detail matters. There is a saying in the publishing world that each book has at least four niche markets in addition to the one major one. What are these niche markets for you?

Marketing is also about the non-fiction elements in your film that can draw audiences. One example is the film Avatar. The key point of Avatar concerns itself with nature and human kinds connection to it. These themes speak to certain groups – namely environmentalists and spiritual groups.

Other examples include “Eat, Pray, Love,” the Julia Roberts movie that deals with relationships, travel, enlightment, healing and a myriad other issues. The Pixar film “wall-E” addresses the environment, friendship, consumer capitalism, obesity and others. Each of these films were targeted to certain groups, organizations and issues, often reaching across barriers that formerly could not be scaled.

It is important to dissect the details of your film production. What kind of actors have you chosen to play each character? Do they publicly stand for or against certain issues? Are they a spokesperson for that cause? Find out what their passions, interests and hobbies are. People thrive off connections with those who share their interests. Do the interests of the actors align with your film?

In addition to actors, it is important to consider the products that you are featuring within the film. If you are targeting a certain group, be sure to give the products and items related to that group enough screen time. For example, if your target is fans of Sting Ray Corvettes, then make sure the car appears several times – enough to make it memorable.

Another factor to consider is shooting location. Where will you shoot? Is the location an advantage for marketing purposes? Are you using any locations that are famous for their architecture? Can you engage with the local tourism organization for some extra marketing? It is possible that they are interested in collaborating with you to help spread the word about your film.

It is important to realize that your film cannot be for everyone. It is much easier to focus on a specific niche audience or target group, who would thoroughly enjoy and appreciate your film rather than a group who may find your film “okay”.

Who are the  audience who will really love the film? How do you reach them? What message do you want to send? For example, for a romantic comedy targeting single dads the questions to ask yourself:

– How old is the main character?

– What is his income group?

– Is he interested in any specific newspapers or magazines?

– Does he watch any specific TV shows?

– Does he belong to any groups?

Figuring out the right questions to ask and understanding of all aspects of your film will bring you closer to your niche audience and open a multitude of marketing possibilities.

Donna is an avid film lover and makes her or own YouTube mini-films and podcast that she publishes on iTunes.

Make Your Event Memorable With The Mobile Bars