This is an idea that everyone can love and appreciate.  Cell phone users are constantly running out of battery power, especially with the advent of smart phones.  In response to this you now have what are called power rocks and other portable phone zappers that charge quick. You also have car chargers and larger battery options sold as accessories to phones.

Cell phones are powered with Lithium Ion batteries. These batteries are very attractive for their adjustable size and shape and are used in almost every current portable electronic device. These batteries have some very attractive qualities but also tend to lose their efficiency over time due to mischarging and other issues. How nice would it be to have a built in device charging your phone? 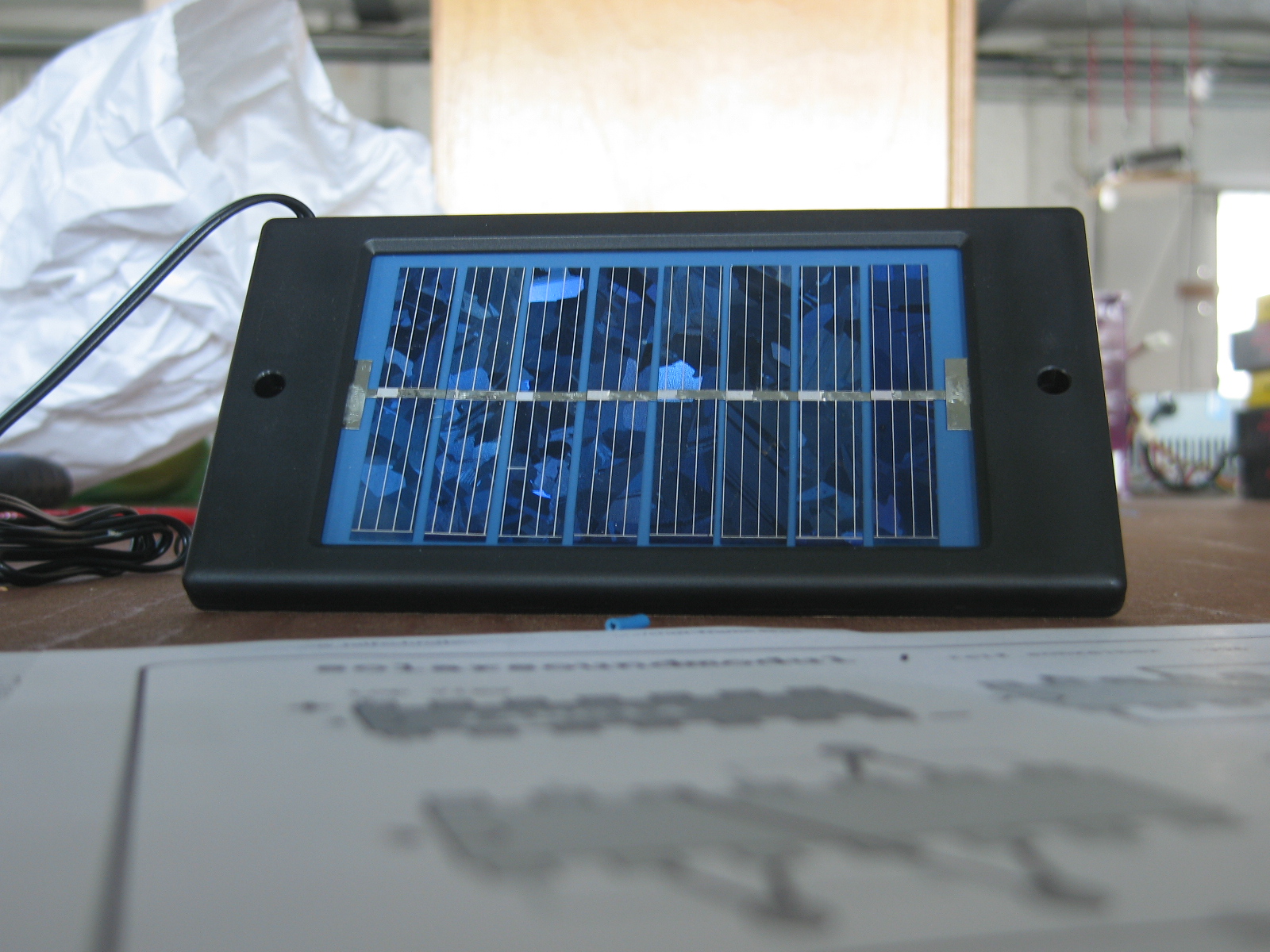 Imagining a cell phone sold with a solar panel built into it is a dream everyone would like to see realized.  The unfortunate reality with this is that your power source is the sun. Human beings tend to spend most of their day indoors. Whether at home, the office, or school our daily routines tend to keep us in an air conditioned environment away from direct sunlight.

My first thought with charging your phone using a solar panel was by setting it on the dash of your car during commute. There still are several problems inherent to doing this. One is the windshield reflecting the light you need to charge the phone.  Also you are still hoping for a sunny day in the first place to do this.

For arguments sake let’s say you are able to keep your phone in direct sunlight for at least a couple of hours (enough time to get some charge). Your next biggest problem is the amount of real estate you have to work with. Unless we plan on going backwards in time making cell phones the size of a flat panel TV, your largest photocell might be the area of a small book or tablet at most.

In order to get enough useable charge you will need photo cells large enough to capture some light. Your first thought might be the little solar cells used to power calculators. While these work very efficiently to power the small screen of a calculator, you will find that most cell phones use a lot more power. Using the entire back surface of a cell phone might allow you to make a panel large enough to get a noticeable charge while sitting in direct sunlight.

Aside from the ability to create a phone to do this, and the technology itself is it actually worth it?  Many cell phone users will also purchase an insurance policy on their phone these days. With smart phones ranging from $200 to $700 having insurance is a great idea and almost a necessity at this point. Now imagine cracking the solar panel on the back of your phone after dropping it. The cost of replacing your phone would skyrocket, not to mention the cost to purchase it in the first place.

There are some companies such as Nokia that have looked into making lower power phones that would benefit from having a solar charge. Their conclusion is the same as mine; currently solar technology doesn’t make sense for such devices. There simply is not enough benefit to be had.

This article was written by Nicholas Quinlan.  Nick is an electrical engineer living in Orlando, FL.  When not working, Nick enjoys researching and writing content for Bob Heinmiller Solar – a solar panel comany located in Central FL.  You can read more of Nick’s work on his Google+ page.

How To Buy The Best Case For Your iPhone 6

Top Apps For Staying Organized and Managing Your Schedule