For those out there who have never heard about it, targeted therapy as a means of treatment for cancer have been developed, and has become nowadays a highly effective treatment option. This kind of therapy is often more efficient than other types of treatment, although not all cancers are responsive to all targeted therapy, and treatments are still being developed for other types of cancer. Some more research is being currently established to make such treatment much more widely available. 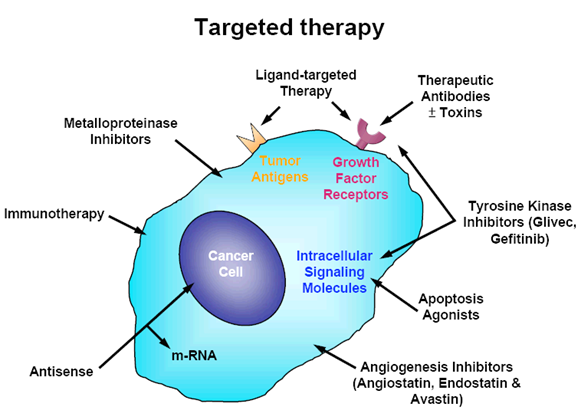 Targeted therapy with regards to those with cancer aims at seeking and then destroying particular cells based on their molecular make-up and some other factors. These therapies:

A Move in the Right Direction

Occasionally, targeted therapy as a treatment for cancer is utilised to put a stop to the production of specific chemicals or enzymes instead of the cells themselves. For example, one of the first sorts of targeted cancer treatments blocked the development of oestrogen. This proved to be beneficial in the treatment of oestrogen-dependent breast cancers and also particular other malignancies of the reproductive tract in females.

Due to them targeting abnormal cells and other sources of disease directly, targeted therapy is quite often much more efficient than other more conventional treatments such as radiation and chemotherapy. It also has a lot less long-term side effects which other types of treatment may create because targeted therapies do not usually do any damage to healthy cells like chemotherapy does.

Staying Healthier and In Most Incidences Beneficial

This definitely provides a patient with the means to stay healthier and much more active during his or her treatment than would have been at all possible using more traditional types of treatment, especially when one changes one’s lifestyle and stagnant habits.

Even though it has been deemed advantageous in nearly all respects, the use of targeted therapy for some people with regards to the treatment of cancer may have some drawbacks.

However, by maintaining a very healthy diet, and a reduction, or even better, a total removal of any kinds of junk food and drinks from one’s diet, it will certainly help to give most people a much better chance of beating cancer and it doesn’t take much to figure out that you are actually what you eat!

Everything There is to Know About Laparoscopic Surgery

How Healthcare Professionals Can Better Meet The Needs Of Foster Children