Innumerable people are addicted to drugs and alcohol. With the persistent effort of social welfare groups, caregivers, and medical practitioners many of them have managed to come out clean and stay out of the addiction. An array of socially focused organizations devoted to showing drug addicts a new way of life, several residential and outpatient clinics, medical practitioners, caregivers and people with awareness on the drastic effects of drugs, have played a key role in this. 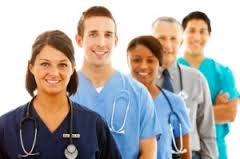 Drug rehab centers are still the most preferred places to treat drug addicts of their addictions. But, we all have seen addicts who even after coming out of rehab centers and going through treatment could not return to a sober state of mind free of the clutches of addiction. Well, while in some cases treatment has nothing to do but only rely on the counseling, over the years we have seen an evolution of treatment procedures.

As per the authorities, clinics, and other sources, only a certain percentage of drug addicts actually get treated in rehab centers. In the US among the 23.5 million addicted teenagers and adults, only 10% gets treatment. In most cases, the addicts with severe behavioral and health problems are identified as drug addicts and are treated while a vast majority of the early addicts remain out of reach for treatment facilities and rehab centers. Considering all these, what can be the most effective treatments approved as rehab solutions? Well, let us introduce below a few of the most effective treatment procedures for drug addicts.

Well, though it can be sound toothless in comparison to other rigorous therapies, it is still considered to be one of the most effective therapies to inspire people to come out of the drug habit. An addicted individual mostly lacks self-confidence and determination and counseling help on that score. Most specialists agree that unless and until the addicted person himself takes initiatives to renounce addiction, no ready clinical solution can help. This is why psychological counseling remains so effective for rehabilitation of addicts.

Well, there are ample high-quality medicines that over time can help an alcoholic or drug addict renouncing addiction. The drugs are also helpful to put the nervous function of the addicts in rest as often over agitated nerves and anxious mental condition remains a big problem for such people. But drug therapy has a limitation as the addicted person after going through such treatment has every probability to take up drugs or alcohol again. So, long-term behavioral treatment and counseling are irreplaceable to ensure assured recovery.

The role of physical training in treating people with addictions has been realized late by the specialists. Addicted people are lazy and physically weak because of the harmful effects of excessive addictions. Now, sometimes simple physical activities can seem to them like hilarious tasks. But, inspiring them if you can take them out for a stroll or a brief run or into some simple activities, it helps them to regain their fresh breathing, energizes them from within and just offers all contradictory as well as positive impacts to their addicted health condition.

How To Take Care Of Your Lungs?

Can ADHD Be Genetic?

Scrotal Cysts: Treat It On Time.