When you are on university trips exploring the history of the Mediterranean country of Italy, there are a few places way down south that you must see. While university trips may take you to Rome for the history and Florence for the artistic heritage, Sicily at the tip of the boot is laced with history and culture too. The island of Sicily is the largest island in the Mediterranean Sea and has been one of the most important places throughout history, in Europe. With its strategic location, lovely weather and cultural interest, it is no wonder that it is high on the list of places to see. When you are in Sicily, take the time to visit the Valley of the Temples and then head back north to see Segesta and its Doric temple. 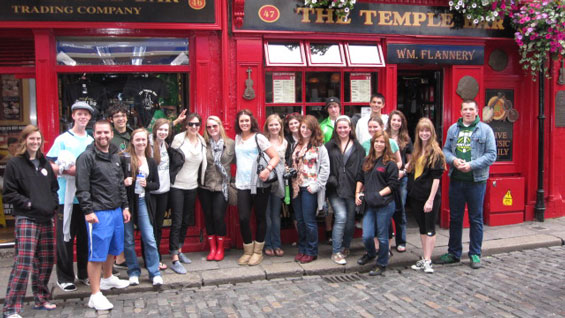 The Valley of the Temples

The Valley of the Temples is part of the whole archaeological area of Agrigento, which was awarded UNESCO World Heritage status in 1997. The Valley of the Temples is situated in the ancient city of Agrigento, on the southern coast of the island. While you are on your university trips to the city, you will notice how this particular area is known for its array of history and temples, hence the name. The city was founded in 580 BC and was a major strategic player that was fought over for centuries. The temples, for which the area is well known, are easily recognized. You can wander around them and visit the Temple of Concord, the best preserved temple in all of the ancient Greek world, aside from the Parthenon in Athens. From there, head to the remains of the Temple of Olympian Zeus, which was one of the largest of the temples in Greek history. The number of preserved houses stands interesting in their own right and the fantastic mosaic pavements in them as a testament to the achievements of the ancient peoples.

When you travel into Segesta on your university trips, you will notice one of the most well preserved Doric temples on the hillside nearby. Before you head up to see it, explore the ancient city and learn about its history as a much-fought over location, which eventually led to the destruction of the city itself. Then, as you head to the temple, you will notice that, although it has some beautifully preserved Doric columns, it was likely never finished. Begun in the late fifth century BC the temple sits on a platform, but was never roofed. Still, as a Hellenic temple in a Greek-dominated city, it is an interesting site to explore for its importance from a historical and cultural perspective.

Tips To Save On Hotels While Traveling

Top 3 Tourist Attractions For Families In The Grand Canyon