When you’re forced to watch cheesy TV shows like X-factor, Surprise-Surprise or Strictly Come Dancing, female hosts like Tess Daly or Holly Willoughby make it a bit more endurable don’t they? How many viewers do you think a female version of Brucie would attract? Below are a few of my favourite female TV hosts in the UK at the moment. 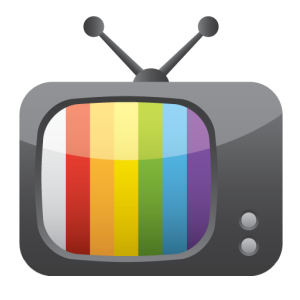 Holly Willoughby is my favorite woman on UK TV at the moment. Holly can currently be found on several ITV and BBC programs so there must be quite a few male and viewers tuning in to see her, she started out her career modelling at the age of just 14 and has even won a BAFTA.

Holly is a regular team captain on Celebrity Juice,  Celebrity Juice is a show aired on Saturday nights it’s presented by Keith Lemon and can viewed by tuning into ITV2. If your lucky enough to be at home in the Mornings you can catch Holly on This Morning which she presents Monday-Thursday with Philip Schofield, the show is aired on ITV1 and features all kinds of stuff like cooking, celebrity gossip, Holly Willoughby arguing with Katie Hopkins who thinks she’s better than “lower class people” and the This Morning competition in which viewers can win big, big prizes. Surprise-Surprise is Holly’s latest show it’s aired on Sunday evenings.

Next on my list of lovely female UK TV presenters is Tess Daly. There is not much to say about Tess really, she is married to Vernon Kay who is also a successful game show host. Tess co-hosts Strictly Come Dancing with Bruce Forsyth and is a novelist.

At the age of 44 Tess Daly is a lot older than she looks.

Amanda Holden used to be married to comedian and Family Fortunes presenter Les Dennis, Family Fortunes is now presented by Tess Daly’s husband. Amanda’s first TV appearance was in 1991 as a contestant on Blind Date. I don’t believe Amanda is currently appearing on TV as she is having a baby.

I can’t think of any other attractive female TV hosts in the UK at the moment. Natasha Kaplinsky is not too bad for a newsreader and won the first Strictly Come Dancing Series in 2004. Then there is always Nicole Scherzinger, a former pussy cat doll who has taken Simon Cowles seat on the X-factor. In my opinion the best thing about X-factor besides Nicole is the X-factor competition.

10 Tips For Planning A Great Party