If you’ve decided to forego Vegas for the upcoming bachelor/bachelorette party or if you and your sweetheart are sports fanatics and looking for a pre-Thanksgiving getaway — one that packs in as many sporting events as possible — then look no further. Grab your bags and head to Chicago in mid-November to take in the city’s rich sports culture!

Here’s a five-day itinerary (November 8-12) to blow the sport-lover’s mind: 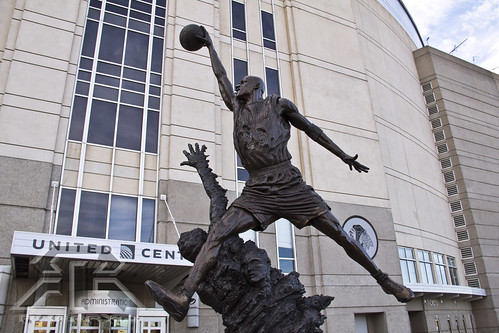 Kick off your sports-gorging getaway with a pro basketball matchup between the Bulls, expected to compete for the Eastern Conference title in the 2013-14 season, and Western Conference Jazz. Don’t miss this opportunity to get a peek at the on-court result of what The Salt Lake Tribune says is the most massive restructuring of the Jazz’s roster in franchise history. And be sure to get your picture taken with the 17-foot bronze statue of NBA icon Michael Jordan before or after the game. Single game tickets for the upcoming Bulls season are on sale at Bulls.com, NBATickets.com, the United Center, Ticketmaster locations, or by calling 1-800-4NBA-TIX.

Nearby Eats: Before the game, grab a pint and a made-from-scratch burger or smoked wings at The Ogden, a sports bar with 23 flat-screens located just blocks away from the United Center. 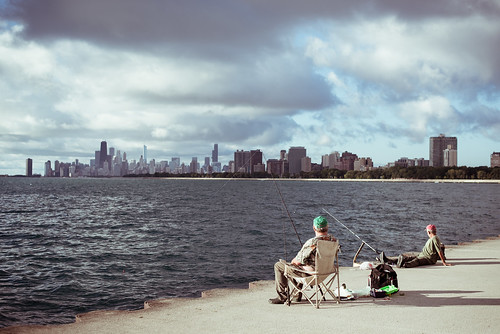 The Mo Run at Lincoln Park, 10am Start

Heralded as the hairiest national moustache-themed 5k race series, The Mo Run™ is a charity event hosted by Movember to raise awareness and funds for men’s health. Register to participate in this timed race alongside Mo Bros, Mo Sistas, family, friends and other supporters while running, walking, skipping, or fox-trotting 3.1 miles and sporting your most fashionable moustache — or just go to enjoy the sights and sounds of the hilariously fun event.

Nearby Eats: If you’re planning to just watch the mustacastic runners, head to Lincoln Park early and grab French toast and bacon or some cheesy hash browns and an omelet at Batter & Berries (2748 N. Lincoln Ave).

After the run, secure a cut-rate afternoon tee time and spend the rest of the day golfing in the cool fall temperatures at the Sydney R. Marovitz 9-hole course. What makes this course extra special is the chance you get to tee off along Lake Michigan.

Nearby Eats: Enjoy a sandwich or salad and take in the view at the historic Clock Tower Cafe, located near the course clubhouse (3600 N. Recreation Dr).

Wind down at twilight by urban fishing. Visit Navy Pier and cast a line into the Chicago Harbor — deemed “The most popular destination for recreational fishing in the city” by the World Fishing Network. Or enjoy the thrill of uber-urban fishing at Douglas Park on Chicago’s west end and expect to catch bluegill and catfish.

Watch two teams of improvisers compete against each other for the audience’s approval and a trophy by performing an array of scenes, songs and games based on audience suggestions on Saturday night. The theater offers a full bar that includes rotating craft beers on tap. Shows also available at 6 and 10 pm. Tickets available through Ticketmaster. Nearby Eats: You can’t go wrong with an authentic Chicago deep dish pizza dinner when in the Windy City so get some of the best before the comedy showdown at Giordanos Pizza (1040 Belmont Ave). Your pie will be made fresh for you, so expect to wait about 45 minutes for it to cook. If you’re running short on time, call ahead to order so it can be ready when or soon after you arrive.

The Bears have won nine NFL Championships and have won three straight games in this series. The Detroit Lions are doing well overall, but aren’t looking strong so far on the road. Find out who will come out on top at this matchup. Buy tickets online or by phone at the Chicago Bears Ticket Office or from Ticketmaster to avoid counterfeits. And be sure to review the new bag policy/guidelines before trying to enter the stadium. If you want to tailgate or just check out the pre-game fun before the Bears square off against the Lions, you can get into the lot as early as 8am.

Nearby Eats: Because eating bona fide Chicago-style pizza during your Windy City prowl is practically a sport unto itself, grab dinner and drinks after the game at Gino’s East Sports Bar (521 S. Dearborn St). Just be prepared to be there for a while. The signature deep dish pizza takes about 45 minutes to prepare.

Take in a National Hockey League matchup between the Blackhawks, an Original Six team that joined the NHL in 1926, and the Oilers, a team making efforts to settle its problems with defense. If nothing else, come see how left wing Bryan Bickell is progressing in his relatively new position on the scoring line. USA Today reported that this free agent resigned with the Blackhawks for $16 million over four years. He had nine playoff goals last season, including the tying goal in Chicago’s clincher. Get tickets through Ticketmaster or through the United Center box office.

Nearby Eats: The Stanley Club (2550 W. Madison St.) is a hockey haven near the United Center. A Yelp reviewer described this place as an excellent place to get some cheap beers before or after a game. Just don’t go in expecting great fare. It’s limited to frozen pizza, bags of chips and candy bars in addition to free fresh-popped popcorn. Consider this an after-game destination on this itinerary. 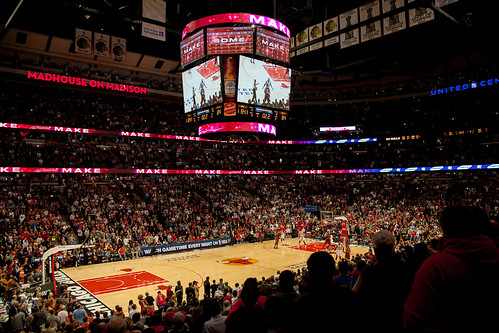 On Monday night, the Bulls play fellow Eastern Conference Cavs, a team expected to be ranked #8. See for yourself how the Cav’s Anderson Varejao, Andrew Bynum and Anthony Bennett are recovering from their injuries — which is no doubt an indicator of how the team will do this season.

Nearby Eats: Before this game, check out the Beer Bistro (1061 W. Madison St) and enjoy the humongous beer selection and pub grub in a cozy atmosphere. Champions Classic at the United Center, Doors Open at 5:30pm

Ease out of your sports bonanza by taking in some of the best college basketball matchups you’ll ever again find at the Champions Classic. Will you ever have another chance to watch three of the top four winningest men’s college basketball teams face off on a single night? Michigan State plays Kentucky at 6:30 pm, which will be, according to the United Center’s website, the teams’ first regular season meeting since a 79-74 Wildcats win on December 13, 2003. Afterward, at 8:30 pm, Kansas will take on Duke.

Nearby Eats: Check out The Aberdeen Tap (440 N. Aberdeen St.) for a great beer selection and terrific food, including burgers, grinders and hush puppies as well as fish tacos and dinner-worthy salads.

Explore The Outdoors! 5 Fun Activities That Let You See and Enjoy Nature