Most people who travel to India have their culture shock when they land at Delhi airport and then have to head to their hotel. Although Delhi International Airport is new and a completely western air. Just cross the door and head for the streets to be bombed by a new world.

Read here Top 15 Attractions to Visit in Delhi which you must kept in your Travel Plan of India. 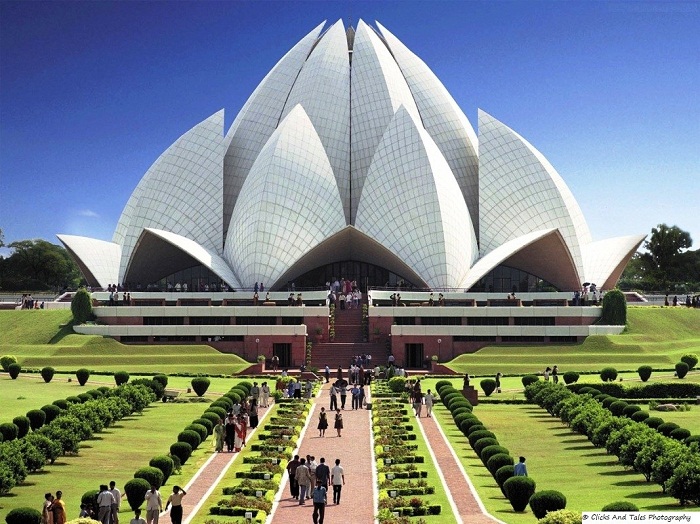 The Friday mosque of Delhi is one of the leading Islamic world in Asia and the largest in India. The mosque is magnificent and impressive, a beautiful engineering work.

Humayun was the second Mughal emperor of India and his tomb is grand and although it does not compete with the Taj Mahal, it is quite beautiful. The gardens are beautiful and well worth exploring.

The Red Fort is the most visited monument in Delhi and the Lahore Gate is the brand image of the city. Built in red sandstone brick, it is huge and requires some time to be explored. Get ready “it’s going to roll a lot of selfie!” .

Delhi is a very old city and there already existed seven different cities. The Purana Qila is one of the oldest forts in Delhi and corresponds to the historical part of the city that has been in permanent occupation for more than 3000 years. The wall is of Mughal origin and corresponds to the 6th city of Delhi which dates from the sixteenth century. Do not miss the imposing door of Bara Darwaja.

With over 200,000 exhibits, the National Museum is the best museum in India and retains 5000 years of history in the Ganges and Indus basins. It is worth a visit to explore in detail its collection which includes a magnificent collection of Indian silks.

This is the former Palace of the Viceroy of India and today it is the official residence of the Indian Prime Minister. Although it is closed to the public, it pays to go outside.

The Craft Museum is a beautiful place to understand the cultural differences of India as well as the different ethnic groups that inhabit your territory. There you can buy handicrafts too as they are available for sale.

Located in the Mehrauli Archaelogical Park, Qutb Minar is the largest minaret in India and corresponds to the location of the first Muslim kingdom in the region of Northern India and the center of the sultanate of Delhi in the 12th century. Wandering through this park is worth it because there are lots of places to discover such as tombs, pavilions, palaces, mosques in ruins etc.

Located in the Mehrauli Archaeological Park not far from Qutb Minar is Rajon Ki Baoli – a three-storey well designated locally as a “dry pit.” The Gandhak Ki Baoli is just next door and has five floors but is less impressive.

This is the most famous avenue in Delhi and connects Vijay Chowk – the palace area of ??the viceroy of India to the Indian Gate. It is an avenue full of green spaces, parks, fountains, and government buildings.

This is an 18th century astronomical observatory built by Jai Singh II of Jaipur. Although the observatory is no longer used, it is worth the visit, especially if it is not to Jaipur.

The Raj Ghat corresponds to the ghat where Gandhi Ji was cremated. On a tombstone in the place is written Hey Ram, which means Oh God – the last words of Gandhi Ji. On the opposite side of the road there is the National Museum of Gandhi which is also worth a visit.

Probably, the most modern building in the city of Delhi, in the form of Lotus and created in 1986 to house the Bahai sect, a religious belief with Persian origin. The temple is built in a park with immense gardens where a very relaxed and tranquil environment reigns away from the chaos of Delhi.

These are the ruins of the fifth city of Delhi which dates from the 14th century and is located in the northern part of the city. There are several ramparts and ruined buildings such as mosques and the Ashoka pillar.

This is a medieval neighborhood in Delhi around the tomb of Nizamuddin – a mystical Sufi of Islam from the 14th century. There are several tombs, mosques and bazaars all around and it is a very good alternative place in Delhi.

Summer Vacation: A Guide For Your Family Travel

What to take on a bareboat sailing trip in the Caribbean