He’s been everywhere over the last few years thanks to the Avengers movies and Thor spin offs. He is Thor, the Thunder god and he’s just about to front his second movie, Thor: The Dark World.

Thor and his legend has resonated down the centuries through poetry, stories, comics, movies and books. What is it about this character that captures the imagination so much that he has spread into merchandise, video games and even the popular thunderstruck2.net slots game.

Thor, the Norse god, wields a hammer and is linked with thunder, strength, protection, lightning and storms. People don’t realise that traditionally he is also associated with protecting mankind, healing and fertility.

He’s the eldest son of Odin and Frigg and is usually described as red haired, although in the film and comics he became blond. His well known character is impulsive and impetuous and he frequently gets himself into trouble by acting first and thinking later.

He was known for ripening crops and people used to thank him for his lightning as it meant he was fighting the giants and trolls in Asgard. His hammer, called Miolnir the Mullicrusher, is his main weapon but he also had a belt that doubled his strength when he wore it. 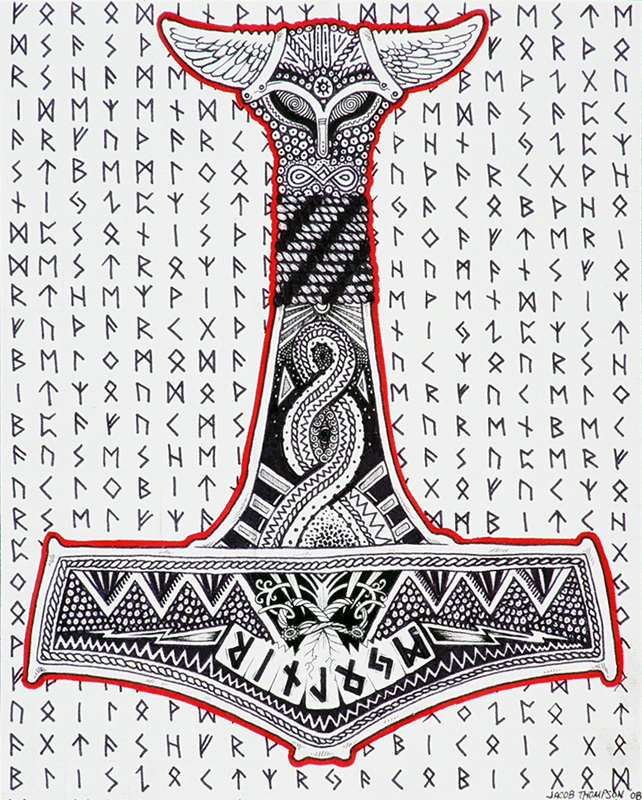 Before we get to the movies and more of very recent times, it’s interesting to note that he’s been the subject of poems, including Adam Gottlob Oehlenschlager’s epic poem of 1807, called Thors reise til Jotunheim. He is also mentioned and featured in Rudyard Kipling’s Letters of Travel (1892-1913).

Thor has also been sculpted, painted and made into marble He’s been drawn by artists like Dollman in 1909 and U Brember in 1977. He even has a chemical element named after him – thorium was discovered and named by Jons Jacob Berzelius, a Swedish chemist in the early 19th century.

Back in 1962, the infamous comic book legend Stan Lee decided to create the Marvel Comics character of Thor. They based this brand new superhero on the god of legend and it is, of course, this character that was brought to life by Chris Hemsworth in the 2011 film, Thor, and the new movie Thor: The Dark World.

The character also appeared in The Avengers ensemble movie that was out in 2012 and the cartoon that came with it.

The new film opens this week and looks set to be more of the same, with Thor being angry, fighty and all round rather god like. Check it out if you like a bit of super hero/Norse god action!

10 Creative Pranks To Play On Your Roommate