Moving to college or heading to a boarding school gives teenagers an unprecedented level of freedom that can provide them with incredible opportunities and life-changing experiences, but it can also be accompanied by a variety of dangerous things that can have devastating consequences. It’s natural for budding adults to take advantage of their first taste of independence, but their minds are still young and developing, subjective to peer pressure and prone to the self-doubt, insecurity and the sometimes dangerous curiosity that is normal for all adolescents. Teens also lack the decision making abilities that are needed to discern the consequences of a situation, as the adult brain doesn’t reach maturity until age 25. The following are some of most dangerous things teenagers do when living away from home for the first time, as well as some advice on how to prepare for them. 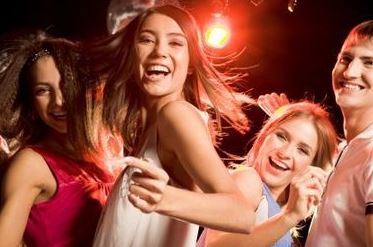 Unfortunately, TV hasn’t exaggerated the horrific extends to which some unsupervised teenage parties reach. Underage drinking is a large problem and can lead to other unsafe behaviors. Talk to your teenagers from an appropriate young age and make sure they understand how alcohol affects the body and mind, as well as why it’s important to wait until they’re legal drinking age and to always consume alcohol responsibly. Stress the difference between enjoying a few drinks under the right circumstances and getting drunk at parties, as the line is often blurred for many who are just looking to “have fun”.

Driving Under the Influence

In 2011, about 2,650 teens died in fatal car accidents related to alcohol (CDC). Young people between the ages of 16 and 19 compose 30% of the total costs of motor vehicle injuries in the United States, and while teenage drinking has decreased over the past decade, it’s still a crippling epidemic that devastates thousands of families every year. Go over the facts on sites like the ones provided by the Center for Disease Control on Impaired Driving and Teen Drinking and Driving. Apart from stressing the importance of responsible and legal drinking, also prepare your teen for times they may go against your advice. Make sure they know to arrange a ride before they go anywhere they may consume alcohol and to always have extra money available in their pocket or a card on hand for cabs and buses.

STDs and unplanned pregnancies are often another issue faced by many teens who experiment with many sexual partners upon their first taste of freedom. Teaching your kids about the risks of unprotected sex with a multitude of partners and ensuring that they know everything about contraceptives and where to get them is one way to help them be more prepared for their future alone, even if they only wind up passing such useful information over to a friend.

Substance abuse and vandalism such as graffiti can often times go hand-in-hand, and it’s important that your teen knows not just why these things are wrong, but also are prepared for scenarios in which they may be pressured into using a prescription drug to help focus more while studying or to feel more comfortable in social settings.

There are many minor infractions that teens are tempted to commit when on their own. This can involve purchasing or selling prescription medication, shoplifting, theft and vandalism. Friends and peers can often make such things sound like they aren’t really illegal or that they “aren’t a big deal” because they don’t fall under the list of major criminal offenses. This is one of the reasons why teaching your teen how to say no, walk away from pressuring situations and stick to their own morals is incredibly important. They should also have a clear understanding of legal consequences, and know when it’s best to contact an Atlanta Trial Lawyer. They may even be charged for something they didn’t do if they attended a questionable party, so it’s important to seek legal help when needed.

Poor Nutrition and Lack of Exercise

This may not seem dangerous compared to the other things featured on this list, but the poor diet and sedentary lifestyle many teenagers adapt on their own can lead to other issues such as health problems and depression. Eating right, staying active and managing their health are all vital aspects to thriving independently.

The stress of school and life on their own can lead many young people to feel depressed. Everyone has sad days, but clinical depression will slowly begin to ruin someone’s life and can lead to other unhealthy habits such as self-harm and substance abuse. Never under-stress the value of a psychologist and the importance of mental health. It’s just as essential to their well-being as their physical body’s condition.

At the end of the day, the only thing you can do is to equip your teen with the knowledge and skills they’ll need to respond appropriately in situations that can arise when living on their own. Most who have an open and accepting relationship with their parents will be more prone to come to them whenever trouble arises, rather than doing things they shouldn’t and keeping it secret. Stay vigilant, be firm but also make sure to be loving and supportive. It can be a challenge mixing the approachable demeanor of a friend while still maintaining authority as a parent, but it can be done and lead to a happier relationship between you and your teenager.