In a perfect world, someone admits to making a mistake, apologizes, compensates for a loss, and everyone is able to move forward.  Then, there is the awe inspiring, scary, and complicated world of medicine, where apologies are sometimes lacking and mistakes are often denied.  Doctors are put in complete control and are often expected to take on a God-like role, even when (and especially if) the odds are not in their favor.  But like everyone else on the planet, doctors are human and not immune to failure or mistakes.  According to the Journal of American Medical Association, medical negligence is the third leading cause of death in the U.S. following heart disease and cancer.  While medical mistakes do not always result in death, a patient’s life is forever changed.  When a patient falls victim to medical negligence he or she has the right to file a claim against the acting physician, surgeon or hospital, but it’s never quite as easy as it sounds.  Sure, hospitals have a lot of money and we spend thousands of dollars a year to insure quality care, but according to medical malpractice attorneys at Washington D.C.’s Abelson Law, a patient can only recover compensation from a doctor’s mistake if the error was proven to have a negative effect on a patient’s life.  In an attempt to avoid costly medical malpractice suits, many doctors practice defensive medicine, a decision that often wastes time and money. 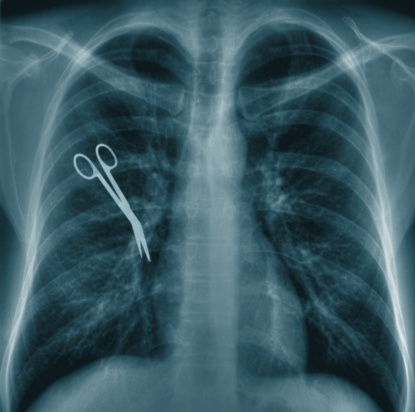 Why Defensive Medicine Might Not Be as Effective As it Suggests

Defensive medicine, in theory, sounds like a good idea, but can end up wasting resources, energy, and money, lots of money.  No physician wants to be sued by a patient, but defensive medicine isn’t always the best plan.

Take the middle aged couple who celebrated their anniversary at their favorite restaurant.  Later in the evening, the wife woke up with severe pain in her abdomen, a slight fever, and nausea.  After a trip to the emergency room, in the middle of the night, the acting physician was confident that the woman had an acute case of food poisoning.  He sent the couple home with a medication to aid with the nausea.  The woman, who had the habit of self-diagnosing via the Internet, was convinced she was suffering a heart attack.  The physician was almost 100% confident that she wasn’t suffering from any cardiac issues, but went ahead and ordered a series of tests he deemed to be unnecessary.  Hours later, the couple was sent home with the same diagnosis, but with a peace of mind.  One might assume that the doctor did the right thing.  He did, right?  It’s true he went above and beyond by making sure the woman was going to be okay, but while he practiced defensive medicine, other patients continued to wait, his energy and patience lessened, and hundreds of dollars were wasted on tests he knew were not integral to the diagnosis.

When the Affordable Care Act is fully implemented, defensive medicine will most likely increase with the intent to protect overworked doctors and understaffed hospitals, which will care for the estimated 30 million more patients covered by healthcare.  Recently, a report in Gallup stated that one in four healthcare dollars spent in healthcare can be directly attributed to defensive medicine.  The hefty price tag of $650 billion dollars per year will only increase with the Affordable Care Act, leaving everyone scrambling for extra income to cover the increase costs of insurance premiums, taxes, co-pays, and out of pocket costs.

In New York, the state with the largest medical malpractice payout of $763,088,250 in 2012, Judge Douglas E. McKeon is testing out a different approach in settling medical malpractice lawsuits.  McKeon developed an approach he calls, “judge-directed negotiations”, an idea which McKeon says is economical without sacrificing the well-being of the malpractice victim.  Medical malpractice can be financially, emotionally, mentally, and physically damaging for a victim and/or their family and lawsuit settlements can end up feeling colder than the care they received in the hospital.  McKeon wants to know more about the victims’ personal experiences before jumping right into settlement talk or the sometimes sterile conversation regarding medicine.  McKeon, in an effort to gain a better understanding of the malpractice suit, audited anatomy classes at the Albert Einstein College of Medicine.  By taking the time to learn some fundamentals of medicine, McKeon has been able to encourage defendants and plaintiffs, alike, to get down to business, look at the facts, and settle sooner than later.

A lengthy trial doesn’t always promise a more successful settlement.  By discouraging the overuse of defensive medicine, McKeon has managed to save New York hospitals hundreds of thousands of dollars while giving malpractice victims a fair settlement.  McKeon claims that one of the keys to settling a more “economical” medical malpractice lawsuit is by encouraging medical professionals to own up to mistakes early on.  While it’s unfortunate that mistakes do occur, an early disclosure can be advantageous for all parties involved.

Is There a Perfect Solution?

While McKeon’s approach may be far from flawless, it encourages medical professionals to take accountability for their decisions and actions.  In addition, judges have the opportunity to make a fairer decision by understanding the fundamentals of medicine.  Skeptics of McKeon’s approach may see defensive medicine as a safer approach.  Defensive medicine protects doctors and patients by resulting in an accurate and more thorough diagnosis, decreasing the chance of a malpractice lawsuit.  Regardless of which approach you prefer, everyone can agree that medical professionals need to be held accountable for their actions and the economic turmoil, related to medical care must be managed so that everyone can receive affordable and high quality care.  Would you rather have a judge who has medical training decide your fate or would you rather spend money and hours on a battery of medical tests?

Credits also go to Joan Evans, who is a mental health specialist and has a great interest in personality disorders. In her spare time she likes to go to the woods with her golden retriever, Leroy, and write fiction.

Win Your Case: 6 Requirements Of A Wrongful Death Lawsuit

5 Mistakes To Avoid When Getting Ready To Sell Your House

DUI and Your Career