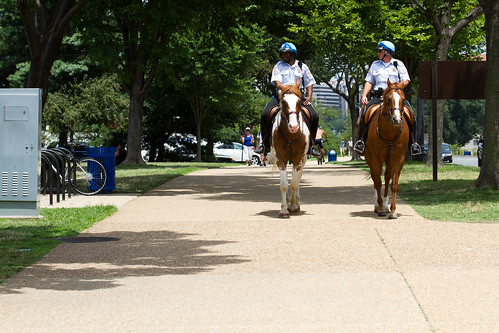 When police officers are proactive, they are better able to utilize their creativity. Rather than responding to a crime that has already been committed, the officer can use innovative methods to prevent a crime from occurring. For officers, this ability to think on their feet and be creative brings with it a greater sense of autonomy and job satisfaction. Officers can also learn from one another’s actions, taking the same creative steps as one another when instances call for them. 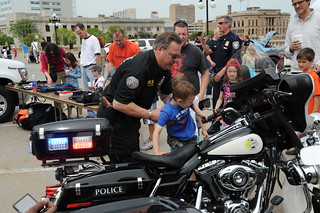 If you ask most police officers why they chose to enter law enforcement, you’ll be told that they wanted to help people and make a difference in the lives of others. When a police officer spends an entire shift responding to calls of crimes that have already occurred they have very little real impact on the citizens they’re sworn to protect and serve. When officers are involved in community policing, they are better able to utilize problem-solving skills to help the people in their jurisdiction.

Most people don’t think of law enforcement as a social job but, when community policing is utilized, it can be just that. Police who utilize community policing have the rare opportunity to meet and greet citizens and business owners without having to first deal with a negative situation. This often makes the officer seem more human and improves communication. Instead of meeting people at their worst, officers can meet people in normal situations making for a more positive experience. 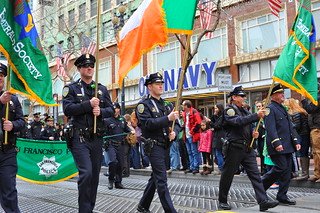 When police officers aren’t required to run quickly from call to call, they can focus on one issue at a time. When officers are able to methodically solve a problem, rather than putting a temporary bandage on a problem, they experience a greater sense of job satisfaction. Officers that work for departments that incorporate community policing often report a higher sense of accomplishment than their peers.

It’s an interesting phenomenon: Officers who are involved with community policing are often given more support by their superiors. In typical departments, an officer’s worth is judged by his rank. In a community policing program, officers are valued because of their service. In turn, these officers receive a higher level of support from those with rank.

Not only does community policing benefit the community as a whole, but it benefits individual officers as well. Officers involved directly with the community express a higher level of job satisfaction, receive more approval, and are given a higher level of support from their superiors. With the number of benefits to all involved, it stands to reason that community policing is the trend law enforcement agencies should be following.

Author John Acker also has a PHD in criminal justice. If this sounds interesting to you check out BestCriminalJustice.com.

Different Types Of Lawyers And How They Could Help You

Most Common Wrongful Death Cases and How They Affect Families

What To Do To Children Whose Parents Are In Jail?