Our brain is not ready for modern life, hustle constantly surrounded by uncertainty and pressure. Studies, work and activities requiring attention, make the human being is in constant state of vigilance. Something that people in power steadily in positions of responsibility, making decisions or leading teams. , Moreover, every time we orient more to the multitasking, the digital world what info we have created power allowing us to keep constantly connected and performing various tasks at the same time

Look at how many screens and programs you have open , it’s likely to be more than five. This is an example of how technology is becoming a part of our lives , new generations are born accustomed to multitasking , we are getting used to this new force was coined as the era of the screens. Unfortunately, this can have serious consequences for our nervous system. Can we really be efficient doing so many things at once? It seems that our attention density is limited. Science shows us that we cannot address more than 4 items at a time when one of them is new.

You know what is the digital stress? Have you ever wondered what effects can have on the body overuse of media, digital artifacts, the development of these involve multitasking and alarming situation in which the use of social networking terms? 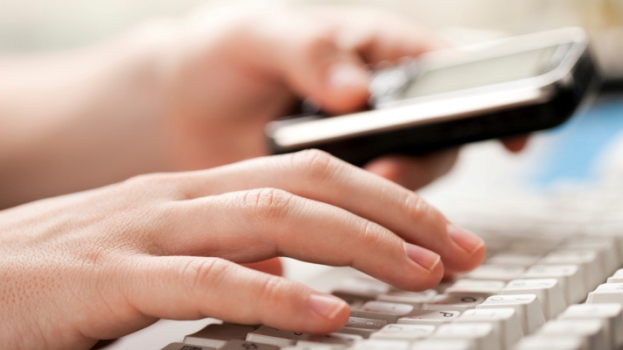 Although everywhere talk about it constantly and have clear evidence of several of the effects caused by these factors on individuals, society and life itself (for we are all partakers of this reality), it seems that every time the dangers were older, that this issue will be out of control more and nobody really had in mind.

It is a subject that is interesting to us all and especially to us who have just created this internet Scientific Eye on average. We should give pause.

I invite you to carefully consider the so-called digital stress, to know some of the more significant aspects of the situation and how it affects our brains, as well as considering some alternatives raised in a recent info graphic published by some universities.

What is Digital Stress?

As if work pressures were not enough, added a new one: employees feel that companies increasingly require skills in handling tools associated with digital media. This has coined a new term: the digital stress.

On more than one occasion we stopped to see all possible sides on what stress is , how it affects the body in general and even how cells operate during periods of stress or may mark our DNA.

So better be brief because as we all know basically what it is and also all to a greater or lesser extent, at some point in our lives we were victims of high levels of stress . What makes it easier to understand this to your own experience ?

As for the so-called digital stress , it is the increased levels of stress in individuals due to various factors related to the media (mainly the use of computer and internet), digital artifacts , the development of multi-tasking ( performing several activities that require any effort or concentration) and especially the use of social networks.

This increase in stress levels caused by these factors has adverse health consequences, particularly in the brain, according to the development of multitasking, something that seems to grow ever more frequently. 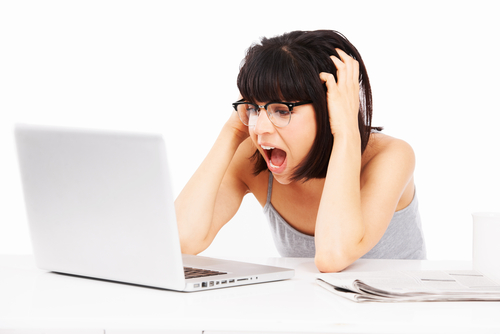 A process of hundreds of years in the development of science, new inventions and technological developments , there has simply changed our lives , the way we conceive and all aspects of this . Well we have seen right here countless times, but in the particular case of how we process information and acquire nowadays, there is controversy go .

It is indisputable that our access to information and learning has greatly benefited from these innovations and is something that we should be more than proud , but as we can easily recognize that we must accept the other side of the situation and its negative aspects , among which is the digital stress.

In 1995 10% of the adult population to use internet while in 2011, the numbers again increased significantly and reached 78%. As teenagers, the figure is 95%.

In use of digital devices, mobile phones, computers, laptops, mp3 players and video game consoles are the most frequent. Performing some averages about 40 users visit web pages every day and change a device, activity or basically one task to another up to 36 times per hour, that is, a new task more than once every two minutes is done.

Many of these people consider themselves addicted to the Internet and other aspects of such devices, is obsessed with controlling their email or social networking accounts and point out that their lives would become almost inconceivable without most of these, mainly from their mobile phones.

Although many of you may say that this type of study does not really matter as it was conducted in the United States, is a reality that if investigated in many other places would not present many variations.

Also, we cannot ignore the fact that somehow the vast majority of societies somehow tend to mimic many of the behaviors present in the society of this power. Therefore I consider extremely important, we know that happens in the brain.

No matter how good our intentions, but what is clear is that we cannot perform multiple tasks simultaneously , the brain is not ready for it yet , at least . Studies tell us why the human brain can only perform and accurately handle two tasks at once:

When the brain is faced with two tasks at the same time, the prefrontal cortex is divided into two , so that each of these parts can only concentrate on a particular task , but most of the frontal lobes allow changes between the two tasks . But when a third task comes into play is too much for the brain and, consequently, the accuracy decreases significantly.

Multitasking makes our brain omit relevant information , collecting wrong information related to each task, causing difficulties to extract some information short and long term , causing us difficult to switch from one task to another.

Results of various investigations into what happens in the brain during different tasks are performed at the same time, point out that in reality it is not something as positive as you think, much less.

By contrast, scientists agree that the human brain can only perform two different tasks at the same time, we can say that some of the cases involving brain stress are particularly harmful to the brain. Want to know why?

When the brain is faced with two different tasks simultaneously, the prefrontal cortex is literally divided into two halves so that each can focus on each of these tasks.

The anterior part of the frontal lobes allows switching between the two goals. When another task starts the brain has the ability to handle the situation properly and as a result, the concentration and yield decrease.

Studies suggest that those who perform multitasking are less effective filtering and retaining important information, collect data outside the task-related information, are more difficult to extract information from memory both long and short term and find it harder to move from one task to another.

Multitasking in the Lives of People

A common Internet user opens the window on your computer to view the email about 18 times an hour . Users who exceed the 5 tasks are between 26 and 35 years . In a recent study with a group of this type of users , were isolated for some time of your email. The result was that they felt more able to do their work and stay on task .

People in the first group seem to be a kind of alertness during which recorded higher than the second group, those without email accounts heart rates.

During the same study, some participants who had stopped mail accounts and use them in the following days showed a significant increase in their performance and ability to focus.

Finally, each individual who stopped using his account needed five days to have the same heart rate than those who never had it.

Multitasking is an expensive toll on our brains. Some neuroscientists believe that our brains are not designed to handle such an amount of information currently available to us through the Network level of attention from our brain has a limit and when information overload can trigger a reaction ” fight or flight ” . This overload causes the brain to feel threatened and certain regions dealing empathy are closed.

New technologies and distractions can wire the brain to affect our thinking and our behavior accordingly . Instead of concentrating on a task , the brain always wants to switch to something else due to the constant flow of new information received through multitasking , probably the result of the desire of the brain to react to immediate opportunities and threats and consequently, whenever we turn to the next task , the brain releases a jet of dopamine. In addition, neurological studies have also shown that excessive Internet use can lead to atrophy of the gray matter of the brain. This can directly affect concentration , memory and ability to make decisions.

When the brain is overloaded as a result of multitasking feels a kind of threat before which reacts off some areas to cope and so distractions occur.

Some scientists believe that three things happen as a result of distractions that cause information overload caused by multitasking:

How can you Fix It?

Clearly it is very difficult to change our habits and the way we work , but we can always do things to reduce our digital stress.  What can we do to mitigate the effects of digital stress? Fundamentals, acquiring new healthy habits for our brain. This Involves Acquiring some discipline in daily usability has to do with That being connected. 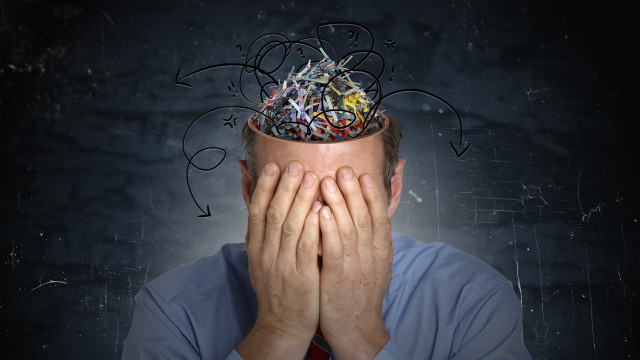 Focusing only on two activities as restricting or limiting the maximum number of times you are going to check the mail and social networking, spending just a time of day for this activity.

If two tasks simultaneously, that are similar are performed. If you need to send mail, you must also devote a particular time for it and also send messages in batches. As for the news or insightful readings should be done from a feed, i.e., recording the sites you wish to receive a warning that has been issued new material and not have to enter the site repeatedly.

Taking breaks because without them, after a certain point you become useless, while the rest is taken to avoid using any of these devices.

Do you think you suffer from digital stress? What do you do to avoid these problems?

6 Facts To Know About Superfood Supplements