Imagine arriving for an appointment at an office building and, upon entering the lobby, instantly noticing something different about the place. It dawns on you gradually, as you first hear the sound of water flowing nearby. It grows louder as you walk closer to the source, and then after turning a corner you see a fountain installed as a centerpiece or a streaming waterfall occupying a wall. The impressive sight would be an unexpected surprise and possibly provide a feeling of ease and relaxation.

By and large, the architecture of most office buildings is designed to be a functional space to accommodate the rush of people coming and going. A water feature can add some style to an office by not only serving as some attractive decor, but also provide some healthful benefits for those in contact with it. Building owners and managers can also see several positives following the installation of an indoor waterfall or fountain. 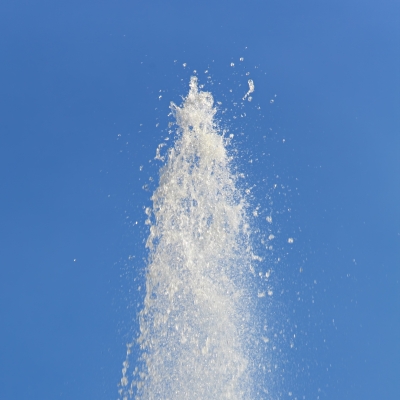 Whether at work or at home, people today spend more time indoors than is healthy, and this generally means breathing recycled air. A water feature can help counter this problem and actually improve the quality of the air inside a building in two major ways. First, running water generates negative ions that in turn purify the air by attracting impurities, such as dust and dirt, and drawing them into the water. Second, running water also helps humidify an indoor area, which is especially important during the winter when the heat is running and the air is being dried out.

The further health benefits are less scientific and more experiential, but not insubstantial. Running water tends to have a calming effect, reducing stress levels, tension in muscles and the incidence of headaches. The negative ions mentioned above that are produced from running water also increase serotonin levels in the body, which improve one’s mood and boost energy levels. Running water can also create background noise that drowns out other office sounds, creating a more relaxing environment.

Even if people aren’t around the water feature long enough to reap any health benefits, they’ll still appreciate it. Whether they’re customers or clients, anyone who comes into your place of business will be impressed by the installation as they wait for their appointment.

Both the long-term health benefits and the short-term aesthetic benefits demonstrate that the building owner or manager is willing to invest in the people spending time in the building. This creates bonds with both employees and customers, leading to better morale, which positively affects business in the long run. In this way, the investment in the water feature often pays off financially in addition to having a positive impact on everyone who uses the space.

All these benefits apply to many different types of indoor waterworks. The right one to choose often depends on the setting, such as an old stone fountain being chosen as the perfect centerpiece in the lobby of a classically designed building. It’s important to get a water feature that fits well in the space and doesn’t detract from other décor. The piece should be something that will last a long time and benefit everyone who uses your building on both a physical and psychological level.

Truth About Marriage And Men’s Health

Pregnancy Practices: Habits To Give Your Newborn The Best Start