Over the past few years, there has been an increase in emphasis on solar power as an alternative energy source in the UK. Because of the sustainability concerns regarding fossil fuels, the government has been increasing its support for both large-scale and small-scale solar panel installations. Solar panels use photovoltaic material to convert the sun’s energy into an electric current. Although the solar capacity of the UK is less than that of subtropical countries such as Spain and other parts of southern Europe or northern Africa, in the summer the southern part of the UK has comparable solar irradiation to Germany, the largest user of photovoltaics in the world. 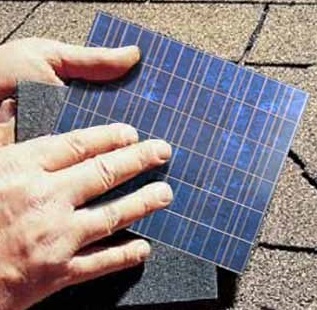 Although solar power has great potential as a substantial green energy source, there are not enough brownfield sites in the UK to host the number of solar farms necessary to generate sufficient solar power for the country. For this reason, solar companies have recently suggested that solar panels should be installed on more schools and public buildings to meet this need. Meanwhile, more and more people are installing solar panels on the roofs of their homes. In 2012, the government predicted that 4 million homes across the country will run on solar power by 2020.

What You Can Do

Installing your own solar panels has many benefits, including offsetting your electricity bill and helping the environment. Solar power is the least intrusive form on green energy, since each solar panel requires only sunlight, a minimal amount of space, and a connection to a battery or the national grid. This makes money one of the only obstacles to installing solar panels on all homes. Luckily the government’s feed-in tariff (FIT) of 2010 provides financial incentives and compensation for the contribution of personal solar panels to the national power supply.

The FIT scheme guarantees payments for 20 to 25 years depending on when the panels were installed, and the price per kilowatt hour of energy you contribute to the national grid is adjusted based on current electricity prices and annual inflation. In addition, all proceeds from the FIT are tax-free, so as electricity prices rise, the amount of money saved by installing solar panels increases.

If you want your home to be one of these 4 million homes, for either financial or environmental reasons, there are several things to consider before installing solar panels. First of all, although the FIT provides financial compensation and the Department for Energy and Climate Change predicts a 2.6% a year increase in electricity prices until 2030, solar panels still cost quite a bit of money.

Solar is Costly, but Getting Cheaper

Photovoltaics have become a lot cheaper in recent years, however, as the demand has risen and the technology has improved. So although it may take a while to make back the money spent on installing the solar panels in the first place, after this initial period you will be able to effectively save on your electricity bills.

Although installing solar panels on your home will not necessarily result in a huge monetary gain, as it takes a while to cover the up-front costs with the FIT scheme, the cost of solar panel installation has fallen significantly since the FIT was launched in 2010. In addition, increasing the energy efficiency of your home can cut your energy bills further, and the large-scale environmental and sustainability benefits of installing solar panels on your home, also make this process worthwhile.

How To Boost Up Your Business With Effective Web Design?