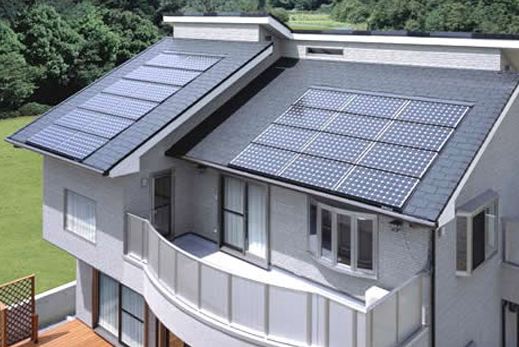 According to a careful calculation, Earth energy needs are an equivalent of 15 terabyte per year where as the sun generates more than enough energy to meet our total energy needs. It is estimated that one twentieth of a millionth suns energy would be more than sufficient to meet earths energy demands as every day 120,000 terabytes of energy hits the surface of earth.

This would mean the total solar energy could meet the earths yearly energy needs within a week. So actually how much of the solar power is harnessed and utilised? Less than one percent of the solar energy is being utilised whereas the rest being wasted.

Why we Need to be Energy Efficient ?

With a constant increase in world population, Energy production needs have to be met at an increasing rate. However unfortunately the worldly reserves of resources vital for energy production are rapidly depleting. Also energy production leads to emission of waste and toxic substances responsible for environmental pollution manifesting as global warming.

Why we should use Solar Panels?

Solar panels are mainly of two types active and passive.

The most commonly known solar energy active collection is by using photovoltaic panels. Active solar energy is harnessed by using active mechanisms such as fans and pumps. Active solar energy systems can actually be used to complement passive solar systems. Solar energy can be used for heating water, cooking, generate electricity and even cooling. Currently solar cars are being developed and the project has been initialised by Northern America and South America.

Solar energy is also known as renewable energy and is not harmful to the environment as there are no by-products. It is just a pure form of energy without any chemicals or waste. Also, our energy needs are growing year by year depicting the need for using more natural or green energy sources. This means we need to be energy efficient in the future and consider the possibility of installing solar panels in houses and business buildings, which if not entirely at least partly meets our energy demands. We should recognise the importance of solar power usage in this hour of need to welcome the transitional phase of energy sustainability to take a step forward in becoming more eco-friendly.

Peter Finchley is a friend of the earth who loves solar gadgets and makes a living from solar lights sold through his online store.

Modernizing an Environment through Interior Design

5 Home Renovations and Upgrades You Should Be Considering Before Fall