Been looking for a SUV to serve your superior needs, and also something that’s comparatively low on budgets? You have the new Tata Safari Storme here, launched in the market for you. This is the new version of their iconic model Safari. The covers were lifted off this SUV during the Auto Expo 2012 in Delhi, India.

Tata Motors Managing Director said, “We were the first to introduce SUVs in India. We now leverage our experience and customer understanding, creating an ideal SUV for today’s motorists, who desire in their vehicle a perfect combination of versatility and luxury”. 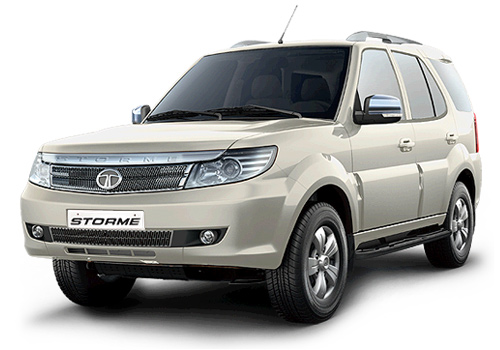 The first Safari was launched back in 1998 and since then, a series of modifications have been done to this vehicle. They do regular upgrade and modification in order to cope up with the market, and this is their new modified version. Before the Safari Storme, the last modified version was Safari DiCOR.

Some people even used to call the Safari series ‘Enfield Bullet’ of the SUVs. It indeed has a cult following, despite the fact that it’s a little low in quality and the retail tag is pricey. Because of Tata’s brilliant advertising strategies, the Safari’s image is enviable.

The engine, for the initial years, it was Tata Dicor 2.0 Liter. In 2005, the first common rail engine the 3.0 liter dicor engine was introduced. And then came another engine, the 2.2 liter version which is beneath the engine cowling in this SUV. The power of this engine is 138 BHP at 4000 rpm.

The best thing about the Storme is the quality of the chassis. You can simply call this chassis the best one from Tata. The previous ones were based on the classic platforms that Tata used to make since 80s. The design is not like giving all new set of clothes at once. Yes, the Safari has indeed got some, but not the whole. The chassis is narrow and tall. Tata gave up the double barrel headlamps in 2005. But they have brought it back again and this actually looks good with this car. And now they have projector headlamps too! The front now looks more like the Range Rover; this sophisticated look will certainly be loved.

The overall build feels robust and the interior quality is top notch. You’ll notice a solid manner even when you close the door. But the car is very heavy, Tata needs to follow a dietary chart. The 2000kg weight is nearly double to its rivals in the market. And this excessive weight affects the performance, efficiency and handling.

The rear side looks very ordinary, and they have dropped the tail wheel. It’s placed in the bottom of the car now, hidden from the outside. Whatever the tail gate looks like, this dropping of the tail wheel is actually a good move. It will reduce the rattle of the tail gate and also the risk of injury while getting that wheel unscrewed for use. And from my own perception, I think that the old style is better – the wheel on the tailgate style.

The front look is impressive. Kind of brute and manly, and it takes only a little to impress you. The antenna is placed on the top and it goes flat with the body. You don’t need to worry about it while the ceiling gets low.

The entire exterior looks good and looks like a very costly car while it’s actually not. That’s the good part because you don’t need to pay a whole bunch of money for a single car. Interested about the budget? Okay, this SUV is going to cost you only rupees 13.66 lac; the highest spec variant.

Auto Insurance: 5 Ways To Save Money On Your Car Coverage

How To Maintain Your Bug

Can’t Find The Right Part? How To Find What You Need For Your Car