The theatre is one of the best places to unwind after a long day of meetings at one of the London conference venues and this summer there are some fabulous shows debuting for every kind of taste. With award winning directors and star-studded casts, these shows are sure to make a splash on the London theatre scene.

Minutes from some of the best London conference venues, the New Vic theatre is showing a revival of the French playwright, Aime Cesaire’s 1966 drama, “A Season in the Congo”. This show is centred around Chiwetel Ejiofor who plays the Congolese politician Patrice Lumamba during his fall from power.  The play is directed by Joe Wright, who has directed big budget films like “Anna Karenina” and “Pride & Prejudice”; this will be Wright’s first theatre directed piece. 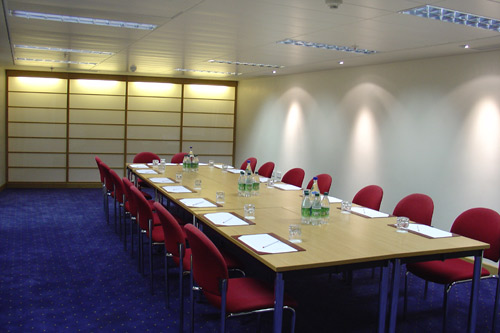 For fans of dark humour, Daniel Radcliff is starring in Martin McDonagh’s show, “The Cripple of Inishmaan”. This very dark satire is about a boy who is constantly berated and wishes to escape the small Irish village and make his way to Hollywood. Although Radcliff is the principle character, the supporting cast, mostly Irish actors, are absolutely fantastic. This show is a great way to unwind after a day’s networking or attending meetings at one of the many great London conference venues.

If you are seeking a lighter show, Sam Mendes is making his directorial debut after “Skyfall” with the much loved classic, “Charlie and the Chocolate Factory”. Although many might consider this a show for children, the fantastic actors and classic story is a nice escape from the real world for anyone. Mendes has also done an incredible job adapting the infamous oompa loompas to fit the stage. Although there are not tens of small people up on the stage, the actors fit the wild mischievous bill.

There are so many fabulous shows that are debuting in London this summer. These performances range from serious and dramatic to carefree and magical, so there really is something for everyone. Take a break from meeting at one of the many London conference venues and see at least one of these shows.

10 Tips For Planning A Great Party