Is the Health Tech World Really Ready for the Launch of Health Exchange Websites?

When the recession struck in 2007 and the credit crunch and economic austerity measures took hold, most industries around the world suffered. Thousands were made redundant in the finance sector and there was a knock-on effect in other sectors too. Very few sectors seemed to be immune to the crisis.

With people out of work and others with salaries frozen at pre-recession levels, many simply did not have any spare money for anything other than the essentials. This meant a drop in sales, leading to reduced retail profits and fewer orders for manufacturers. Even in the public sector, there has been some belt-tightening, leading to streamlining and fewer job opportunities. But there have been some areas that have remained relatively unaffected by the crisis.

To be recession proof, an industry needs to function independently of the economy. It needs to have a demand that is ever-present irrespective of economic conditions. Social care is one such industry. Indeed, a difficult economic climate can lead to an increased demand for social care as stress, ill health and other problems take their toll on the well being of the populace. 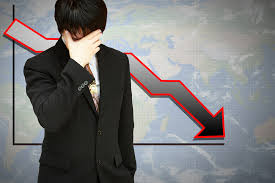 Difficult financial times do not help to improve the health of people. On the contrary, recovery from health problems is likely to be hindered while other problems may occur if people skimp on essentials or put off visiting doctors or collecting prescriptions because of the expense involved.  Mental health also often suffers as people worry about meeting their financial obligations. This places an increased burden on social care services and means that the authorities cannot afford to reduce the services without risking dire consequences for the general health of the nation.

Also, irrespective of the economic situation, people continue to age and their need for social care assistance increases. In Britain, the average age of citizens is rising and they are living longer, hence a continuing need for social care workers that will remain unchanged regardless of what is happening to the economy.

Babies, too, continue to be born and they and their families often need social care assistance even in a healthy economy. In difficult economic circumstances, the need for social care increases, as some families find it more difficult to cope with extra mouths to feed.

In tough financial times, most people will first cut down on the non-essentials – the overseas holiday, new car and so on will be put on hold. They are, however, not prepared to compromise on matters of health and welfare. Governments, too, understand the areas that need to be prioritised during economic crises and that social care is a service that must not be forfeited.

Social care is, therefore, a recession-proof profession and probably one for which demand actually increases when financial difficulties start to bite.

7 Ways Your Health Could Be Affected After An Accident

6 Things That Are Devaluing Your Home

Top Tips For Getting A Home Insurance

Small Businesses and Their Influence On The US Economy