The fiscal federalism in India is threatened because of the fiscal stress that is plaguing the central and state level.

There is an uneven scale when you compare revenue with the growing expenditure, with the latter taking the front. This has resulted in an uncontrolled and haphazard fiscal deficit.

The country’s tax-GDP ratio is very low in comparison to other countries. Ours is around 16% while most of the developed countries have a tax GDP ratio of 36% or more.

How do we fix this, is the question. The reason behind this haphazard mishap is that the indirect taxation system of our country has always tilted it’s head towards taxation of goods, by taxing it at the expense of services. 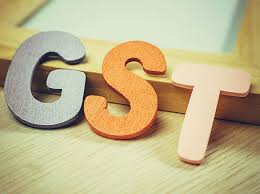 Why did this happen?

The 7th schedule of the Indian Constitution specifies that neither that Centre nor the state is permitted to tax goods along with services. However the constitution does allow the centre and states to allow taxation on certain services.

Slowly with online filing of service tax return coming into the common man’s purview taxation on services has become easier. It started in 1994 when the Indian Government made good use of the residuary powers of the Indian Constitution and brought the services of stock brokers, telecommunications and insurance apart from life insurance under the purview of taxation.

What is indirect service tax charged on?

How did GST address the problem of Service Taxation in India?

With an introduction of GST and with the help of the E commerce sector and digital technology, the fine line that divides goods and services is getting hazy. Since manufacturing, services and production can be used so interchangeably- it amounts to litigations and disputes which further leads to a lot of public revenue getting blocked.

First Time Home Buyers: How To Secure A Mortgage

Why You Should Use An Insurance Broker