Over the last decade, the Middle East has garnered worldwide attention, and it’s not just because of military or oil affairs. With today’s global economy and quick transfer of information, the world is connected in ways that once seemed impossible. This has removed commercial and residential barriers that hindered cultural interaction.

Today, the United Arab Emirates (UAE) is home to modern infrastructure and a booming tourism industry. Several major corporations are headquartered in the region, such as Mara Group, E-Home Automation and Cosmos Software. Even the smaller emirates, such as Ras Al Khaimah, are progressing at an astonishing rate.

In 1975, the population of Ras Al Khaimah was 43,845. Today, though, it has spiked to nearly 300,000. This is because of global commercial interest in the UAE and the fact that it is now a safer living environment.

In Octover 2010, control of Ras Al Khaimah was transferred to ruler Sheikh Saud bin Saqr al Qasimi. Al Qasimi is son of Emir Muhammad Bin Saud Al Qasimi, and after only three years as leader, he has overseen dramatic changes in the economy and society of the emirate. 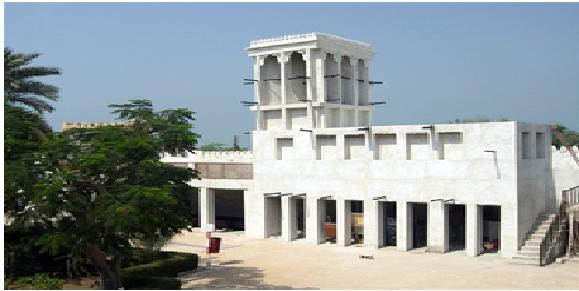 The emirate is home to a diverse economy. From five-star restaurants to unique archaeological sites, there is plenty to offer tourists. According to the RasAlKhaimah Tourism website, there are also several premier hotel and beach resort options like the Rotana, Banyan Tree and Hilton. The Ice Land waterpark opened its doors in September 2010, and several other tourist attractions are under development.

Real estate is becoming an integral part of the Ras Al Khaimah economy. From residential properties to offices and commercial buildings, the market is gradually capturing the attention of foreign investors.

The production of building materials has also brought money to the region. In the 1970s, the emirate constructed the first cement factory in the UAE, and it’s still the largest producer in the region. The emirate is also a chief producer of ceramics.

In these zones, entrepreneurs are ensured revenue confidentiality, and they do not pay local taxes. All customers, however, must be foreign. Business owners can open a bank account and even obtain a mortgage.

Much of the region’s tourism is driven by the emirate’s rich history. People have inhabited the area since at least the third millennium B.C. The region is peppered with interesting sites, including ancient graves, pottery and plenty of centuries-oldinfrastructure.The region was once known as Julfar, and according to archaeological evidence, the area geographically shifted over time due to silted harbor channels.

Prior to this new era of peace and wealth, Ras Al Khaimah’s history is filled with regional takeovers and piracy. In fact, the British naval force attacked the regionin 1819 to put an end to the piracy that hindered trade routes with the Persian Gulf and the Indian Ocean. Following the Battle of Ras Al Khaimah, a treaty permanently ended slavery and piracy in the region. Now, travel and trade with Ras Al Khaimah is not only safe but encouraged by locals.

In February 1972, the emirate joined the UAE under the rule of Sheikh Saqr bin Mohammad al-Qassimi.

Ruler Sheikh Saud Bin Saqr Al Qasimi governs the region. He is a member of the Supreme Council of the United Arab Emirates.

Born in Dubai, Al Qasimi was internationally educated. He earned a bachelor’s degree in economics at the University of Michigan. As a political figurehead, Al Qasimi has introduced several reforms, many of which influenced the regional economy. The ruler of Ras Al Khaimah restructured Julphar Pharmaceuticals, established RAK Ceramics and developed several new social and commercial projects.

The last five years have seen unprecedented economic progress in the region. In fact, the economy has grown an average of 17 percent per year. New investors are attracted to the stable climate, modern ports and free zones. Positioned between Asian and European markets, the UAE is perfect for trans-continental commerce.

Guide For Travelling The Aussie Way