Puttaparthi is a small town in the Anatapur district of Andhra Pradesh. It has become a very famous pilgrimage for being the abode of the spiritual guru Satya Sai Baba. The town is populated on the banks of the Chitravathi river and rests at a height of 475 meters above sea level. The history and significance of Puttaparthi is centred around the birth and life of Sri Satya Sai Baba. The spiritual guru, named as Satyanarayan Raju, was born in 1926 and started reflecting his miraculous powers from an early age. People started viewing him as a reincarnation of Shirdi’s Sai Baba and was called Satya Sai Baba. His teachings are based on the principles of peace, truth, love and righteousness and are acclaimed throughout the world. We are listing the top attraction in the Puttarpathi town.

Eternal Heritage Museum: The eternal Heritage Museum is a wonderful museum dedicated to Satya Sai Baba. It is spread across three floors and teachings from various religious books are showcased here. There is also a beautiful display of miniatures of prominent temples in India.

There are numerous models, writings, audio and video displays of the message of Satya Sai Baba and various saints who talked about the peace and oneness of religion. The complete life of Satya Sai Baba is also highlighted in this museum. 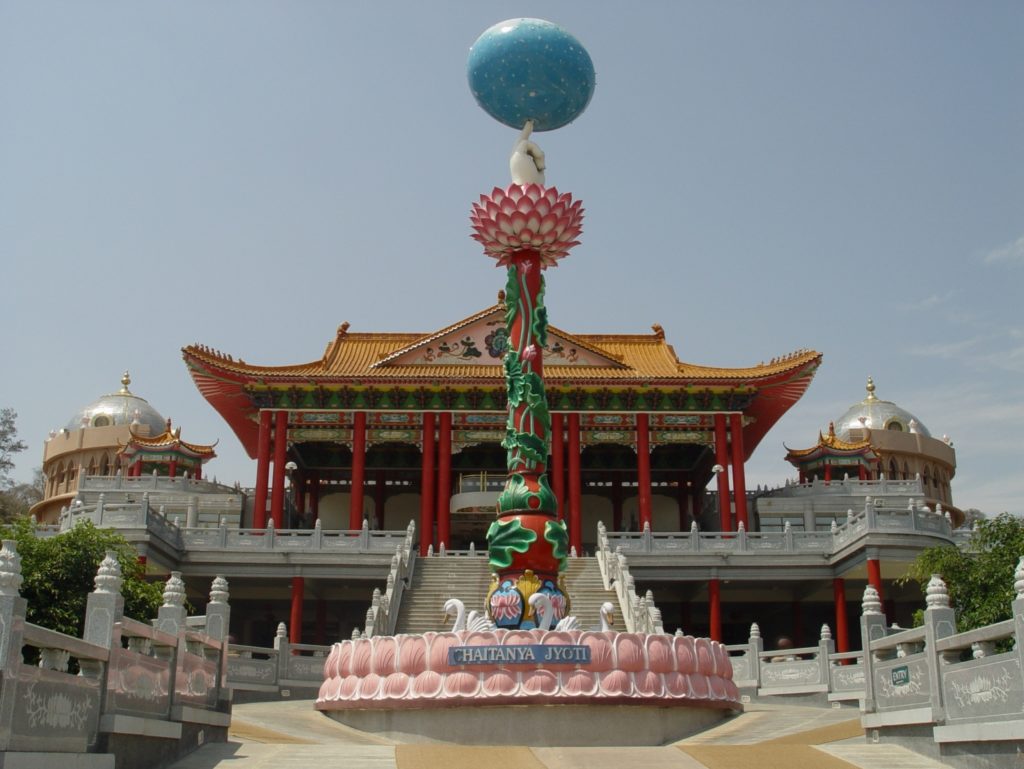 Prasanthi Nilayam: It is a the holy ashram of Satya Sai Baba. Prasanthi Nilayam literally means ‘abode of peace’ and thousands of devotees come to the Ashram every year to get peace of mind and soul. It has all the modern facilities and the visitors are expected to comply with the rules and regulations of the Ashram. The place where Baba used to gives Darshan to his devotees has been turned into an assembly hall.

The Anjaneya Swami Temple: It is one of the many important religious temples of the town. It houses a Siva Linga which is believed to be brought by Satya Sai Baba from Kasim. The temple has carvings of Lord Hanuman standing inside a cave. There is a pool at the foot of the main deity which depicts the tears of Lord Hanuman as his devotion to Lord Rama.

Kalpa Vruksham: It is the tamarind tree where Satya Sai Baba would showcase his miraculous powers to his friends during childhood. This tree is situated at Obuladevara Gutta Hill on the bank of the Chitravathi river. It can be accessed from the Chitravathi Road from where devotees have to take steps to reach the holy spot.

The Gayatri Devi Temple: It is a temple dedicated to Goddess Gayatri who is the manifestation of Goddess Durga. The temple was inaugurated in 1998 during the Pudaka Mahotsava. There is a beautiful idol of the five headed and ten armed goddess Gayatri, considered to be epitome of intelligence and wisdom.

Expert Glamper: How to Experience the Outdoors without Leaving Modern Conveniences Behind