For anyone who lists “cooking” among their favorite hobbies, attending culinary school is a rewarding, practical decision. Not only does it allow cooks and chefs to further perfect their skills, but it also allows them to take part in an industry that will likely never go away: in the simplest terms, people will always have to (and want to) eat. Attending and graduating from culinary school can offer you many benefits! 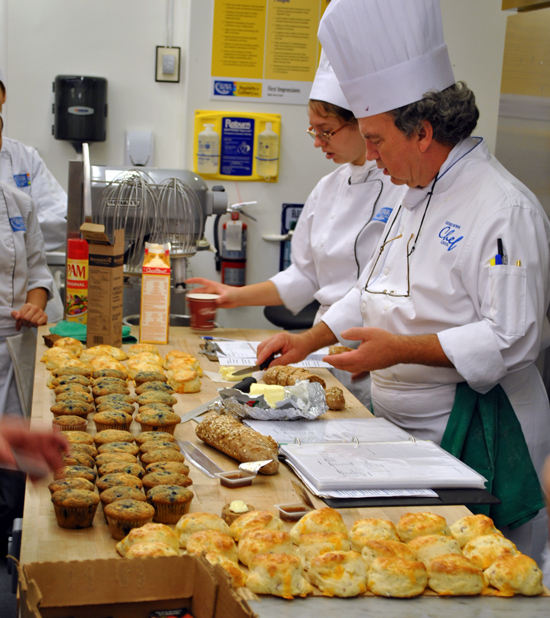 The Chance to Work in an Exciting Field

The culinary world is an exciting field. Not only does becoming a chef allow you to work with your hands in an industry that is anything but monotonous, but the culinary arts also allows you to couple your technical skills with your creativity, your practicality with your passion. It also provides you with a sense of pride and the ability to have a career in which you are truly skillful.

Upon completing your culinary degree, you will be qualified to work anywhere food is served. This can include everything from private households to wedding halls and restaurants to cruise ships, just to name a few.

According to the Bureau of Labor Statistics, chefs and head cooks from 2010 to 2020 are expected to have good job opportunities, though little-to-no growth is expected within the industry. This mostly positive outlook can be muddied by the competition: this is a heavily populated industry, and there is fierce competition for in-demand jobs in upscale restaurants, five-star hotels and casinos. This further reinforces the need for culinary school: with so much competition, culinary school can set you apart from the rest of the pack.

The Opportunity to Travel the World

Another benefit of completing culinary school is the chance the travel the world. This can mean working and living in places like France, Italy, Monaco or Chile. Some countries are even experiencing a particular need for chefs and head cooks. According to the Restaurant and Catering Association of South Australia, Australia is experiencing a shortage of cooks across the nation. Canada reports a similar need.

The Chance to Build Networks

While people might become chefs or head cooks by skipping school and working up the proverbial ladder, culinary school offers an advantage in the form of networking. Through culinary school, you will meet a variety of people who have their feet firmly planted in the industry, as well as people who are just starting out. This ultimately creates a network where you can hear about jobs, secure interviews and meet restaurant owners. Like the old adage says, ” it’s not what you know, but who.”

The Chance to Fare Better During Trying Times

A study from Georgetown University found that those who suffered most during the recession (as well as the recovery) were those who only had a high-school education. Those with no post-high-school training lost 200,000 jobs from 2010 to 2012. Going to culinary school shows your dedication to your field: when it comes to layoffs, employers are more likely to show that same dedication to you.

Not only will culinary school be challenging, fun and eye-opening for the budding chef, the pay-off can be extremely worthwhile! If you’re considering taking the next step in your cooking career or entering the field for the first time, culinary school is absolutely worth a look!

Millard Bergstrom is a freelance writer specializing in cooking, foreign cuisine, kitchen gadgets, culinary education and other related topics; those interested in the culinary arts should take a peek at the valuable resources from CulinarySchoolsConnection.com.