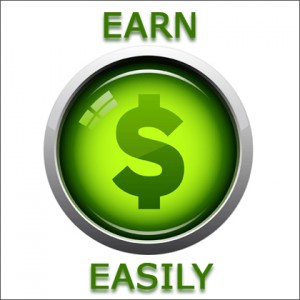 There are plenty of success stories surrounding online money making. From YouTubers who earn hundreds of thousands a year to independent online retailers, who doesn’t love the idea of working from the comfort of your own sofa? Earning money online is an attractive option for those looking for a change in profession or simply to boost their income, however, it’s not as easy as you might think.

We’ve compiled a guide on online money making ideas that seem lucrative, but in reality, would probably only earn you peanuts.

Some bloggers earn a living from their blog, alongside freelancing projects and brand collaborations that arise as a result of their strong online presence. Most successful bloggers started when the world of blogging was much less saturated, giving them a head start over everybody else. It has taken them years of hard work to build up their large following, and it’s only fairly recently that bloggers have began earning enough to warrant it as their full-time profession.

Unless you’re willing to wait a few years, put in a lot of hard work alongside your existing job and come up with amazing content on a day-to-day basis, you can forget the dream of becoming a pro blogger. In the meantime, unfortunately you’ll be lucky to earn a few pounds a month from AdWords and affiliate programmes.

Some websites promise big cash returns for filling out various surveys, but unless you spend weeks and weeks dedicating your time to them, you’re unlikely to complete enough to make a significant amount of money. It’s also very boring, so it’s probably best just to put in some overtime at work if you’re after extra pocket money. Dedicated surveyors make a measly £200 a year from filling out surveys online; that’s around £16 a month. Is it worth it? We think not!

The lure of getting big returns on your investment is what draws people to the idea of trading of foreign currency, or forex, as it’s more commonly known. It’s complicated, intricate and risky, and you’ll have to acquire a lot of knowledge of the market before you’ll be ready to trade. The truth is though, that even after months of study and practise, when it comes to the real thing, it’s extremely unlikely that you’ll ever see a big return. A tiny, tiny percentage of people win big, a few will make enough to get by, but the vast majority of people will never earn anything at all.

Selling your old clothes on eBay might earn you a small amount of cash, but it’s never going to replace your full-time job as a source of income. It’s true that some people become eBay traders and sell a range of products through the site, but that counts as setting up your own business, so it’s not really a quick and easy way of making cash on the internet.

How To Avoid A Workflow Software Implementation Nightmare

What To Evaluate When Selecting The Right Website Development Company

Expand Fleet Tracking to Save Money