The music industry is one of the most competitive fields to be in, with so many potential artists battling it out to be recognised and successful and for others they have a pressure to remain a success and popular amongst the public. The industry has constantly evolved and adapted to keep up to date and to continue to appeal to its target market.

The introduction of new technology has seen major changes in the way the audience are able to listen to and access their favourite music and their favourite artists. The Internet has been the driving force behind the changes and the way that music is exposed to the public. With new developments such as iTunes, iPods, mp3 players, the way we listen to music is significantly different with the most emphasise being placed on downloads. Downloading music allows listeners to access the music they want to listen to through the Internet and add it to playlists and different gadgets, which allows them to listen to their preferred songs. They are also able to access the music far sooner than normal and now with the popularity of downloads; this now plays an important part in monitoring record sales for each band and artist. 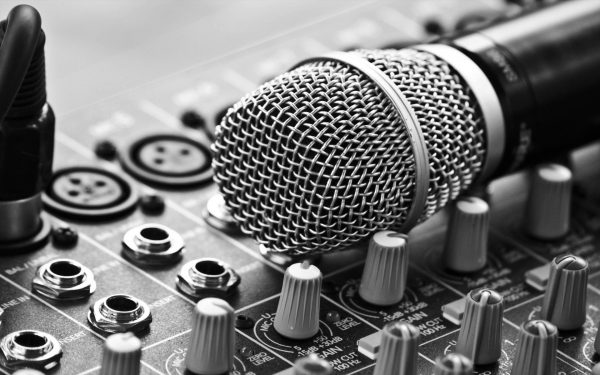 The Internet has been used as the perfect portal for many unknown artists to showcase their talents and to raise their profile within an industry that is overrun with talent. There has been many a success story through want to be artists using applications such as YouTube to raise a following.

With the changes within the industry becoming so apparent, vinyl discs and cassette tapes have long since become a thing of the past. The technology simply isn’t used to warrant this previous form of music playing. The public are specific in how they want their music, when they want it and the various formats they need to have it in so they can listen to it at any time.

To be a success within the industry, artists need to ensure they are easily accessible to the audience they are targeting. Being a popular recording artist does not just rely on talent, you need to have a strong marketing strategy to ensure you are a constant feature in the public eye and that your music is readily available at all times. Cashing in on the popularity of the artist is essential, as no one can truly know when the fame bubble will burst. The many different formats of accessibility will ensure that artists are known and their image is clear for the audience to see. Offering them through downloads; disc and DVD are the most common ways that artists keep their music alive. Compact discs, CD’s, are still as important as they have been before, they allow music to be transportable and accessible in every situation and format. Disc makers are an influential part of the marketing strategy as they allow artists to cover every spectrum imaginable and there are those listeners that have and will always favour the idea of a CD rather than the more digital formats that have been popular for some time.

The introduction of DVD’s is a relatively new concept as artists make regular films about themselves, their lives and their concerts as another way to showcase their image and to keep current in the eyes of the public. The way an artist or band are marketed is essential, in current times the brand and their image is everything and can make the difference between a successful artist and someone that disappears. The promotional materials used to thrust an artist into the limelight are the essential tools needed to maintain the popularity of the music and the brand.

Women vs. Men: The Better Bet