Keep Your Muzzle Pointed in a Safe Direction

Failure to follow this simple tip is a major contributor to firearms accidents. If you don’t intend to shoot something, you shouldn’t be pointing your gun at it, plain and simple. It is particularly important to keep the muzzle pointed in a safe direction when you loading or unloading the gun. Should it go off accidentally, there will be no danger. As far as what ‘safe’ means, you are pointing your gun in a direction where a bullet cannot strike anyone—this means taking into account ricochets and remembering bullets can go through walls and ceilings. Be aware of where you gun is pointing, and it will become more of a habit to have it in a safe direction.

Only Firearms in Use Should Be Loaded

The only time your gun should be loaded is when you are actually using it. Any other time, it should be unloaded. Store guns and ammunition in separate spaces, and make sure each are secured. Make it a habit to unload your gun as soon as you are finished using it. Do not perform any actions, like scaling fences or climbing trees, with a loaded gun. 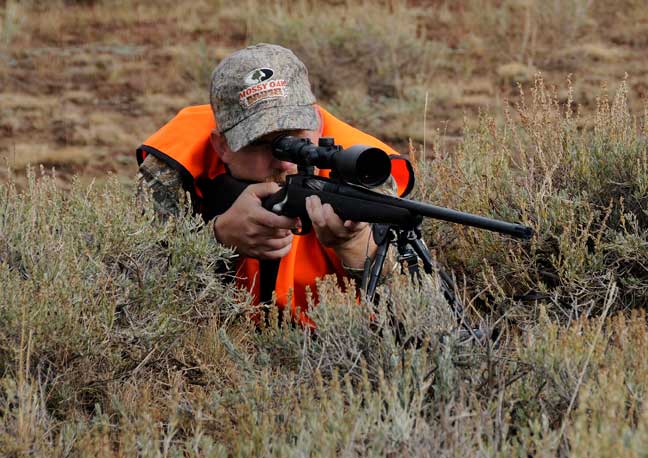 Don’t Rely on the ‘Safety’

Consider every gun as one that can fire at any time. The ‘safety’ usually does its job, but like any device, is capable of malfunctioning. And let’s not forget good old human error of thinking it is ‘on’ but is actually off. It is designed to aid safer gun handling, but nothing can replace common sense. Until the moment you plan to pull the trigger, don’t touch it. While loading and unloading, keep your finger away from the trigger. Don’t ever place the safety in between positions. A strong enough blow or jar can make a gun go off regardless of whether the trigger has been pulled, such as if you dropped it. Don’t prop a loaded gun in any position where it falling would produce enough force for it to fire. Remember the only time a gun is incapable of firing is when the action is open and completely empty.

Be Certain of Your Target and what is Beyond It

Once a shot is fired, you can’t take it back, nor can you control over where the bullet will go and what it will strike. Unless you know for sure what you are going to hit, don’t shoot. Ensure nothing beyond the target will be injured or struck. To shoot based on a movement or noise, without knowing with certainty what you are firing at, is a blatant disregard for the safety of others. Consider how far your bullet will travel when deciding whether it is safe to shoot in an area—a high velocity cartridge can send a bullet more than three miles.

Cycling and the Olympic Effect

Golf Pros: Technology That Can Take Your Club To The Next Level