Taiwanese tech giant Htc is busy working on HTC One S9, the Company released the HTC 10 and is opening up preorders on April 29, HTC One S9 positioned in the mid-range segment, metal-clad design smartphone, Successor to the HTC One X9. Smartphone is going on sale in Europe for €499 (roughly INR 37,500). HTC One Max available to buy in india for Rs. 33,000. Smartphone features a 5.9 inch Full HD display, positioned in the phablet segment.

The smartphone will have a 5-inch full-HD display with screen resolution 1080×1920 pixels, display protected by the Gorilla Glass 3, which gives a pixel density of 443ppi. Everything runs Android 6.0 Marshmallow based with HTC Sense 8 and dimensions of the device 144.6 x 69.7 x 10.09 mm and which is weighted about 158 grams. You read that this is 10.9mm thick at the time of smartphones increasingly fine. With these features, it is closer to the HTC One X9. Powered by the 64-bit octa-core MediaTek Helio X10 CPU coupled with 2GB RAM. 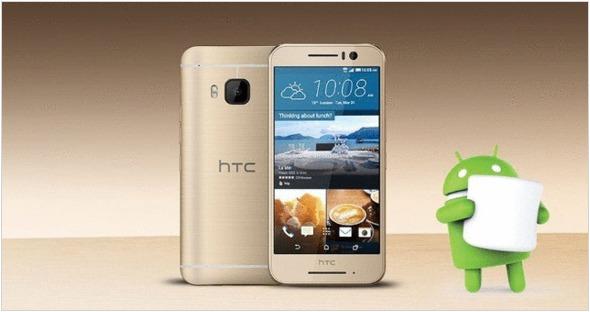 HTC S9 One can make the difference in the level of the camera. HTC announced that you can make “professional” pictures with a sensor of 13 MP along the same Optical Image Stabilization of HTC 10. The sensor has pixels of 1.12 microns and a focal aperture of f / 2.0. For video chat, smartphone will have a 4-Ultrapixel fixed focus BSI sensor, Equipped with 16GB internal storage for storing android apps, One you can expandable this memory via MicroSD supports up to 2TB. PowerVR G6200 GPU, Powered by the 2,840 mAh battery, better power that will give 13 hours of talk time. This device compatible with Wi-Fi 802.11 a/b/g/n/AC, Bluetooth 4.1, the smartphone will be available in Silver, Gold colors. This device  comes with the iconic Boomsound audio.

The HTC One X9  is a bigger version, flaunts a screen 5.5-inch Full HD display and MediaTek X10 processor. This processor looks very good, and helps reduce the price of the device in comparison with a processor from Qualcomm. The design provides the metal with capacitive navigation buttons and curved speakers on the front.  3 GB of RAM, 32 GB of internal storage that can expandable via MicroSD up to 2 TB, and a camera of 13 MP primary camera that supports  4K video recording. And 5 Megapixel front camera, f/2.8, It will be available in Carbon Gray (black) Silver Opal (white), Topaz Gold (gold) and Cooper Rose colors. It will run on Android 6.0 Marshmallow, Powered by the battery of 3000 mAh.

Which is the thinnest Smartphone in the world?

CRM Finance – How To Increase Your Bank Profits