If there is one way we can sense the warm weather coming here in the UK, it is from the wafting scent of charred meat, sizzling away on the BBQ. Along with the first blue-sky days comes the urge to throw a few shrimps, burgers or veggie kebabs on the Barbie, be it in your back garden, the local park or (if you’re lucky) on the beach.

However, although the humble BBQ is a time-honoured tradition of the British summer, we certainly do not have the monopoly on flame-grilled meat. Many of the big city streets in India are alive with the sight, sound and smell of barbecued delicacies and this tradition is an important part of Indian culinary culture all over the sub-continent. From the famous Tandoori meats of the north to the golden coastline of Kerala, lined with seafood specialities sizzling on the grill, the BBQ is one of the most popular cooking techniques in town. So, for fans of Indian cuisine, it might just pay to take a little Indian inspiration for your BBQ efforts this summer.

One part of India where the tradition of the BBQ is very much embraced is the eastern state of West Bengal. Here the fertile landscape offers an abundance of fresh vegetarian delights as well as plenty of saltwater and freshwater produce, ideal for the sizzling grill. 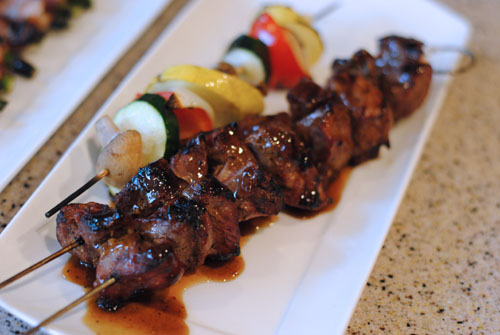 One Bengali BBQ speciality is narkel-pudinapaturi, a dish which calls for firm, white fish, marinated in a deliciously zesty mint and coconut paste. This marinade boasts notes of cilantro, chillies, ginger and lime juice and the dish is commonly served with a creamy, coconut chutney on the side. Traditionally, Bengali cooks would wrap their delicate pieces of fish in a sturdy banana leaf to protect them from the harsh flames of the BBQ. Needing just 15 minutes of cooking, a fish BBQ is quick, easy and very delicious.

Grilled chicken dishes are also popular on the streets of West Bengal. Again, another delectable marinade is prepared, perhaps a combination of chilli powder, garam masala, garlic and ginger paste and thick yoghurt to help the concoction cling to the meat. If you try this for yourself at home, leave the chicken, slathered in marinade, in the fridge overnight to allow all the flavours to truly absorb. When you are ready to fire up the BBQ, thread the chicken chunks onto skewers and cook. You can even create vegetarian options using chunks of peppers and onions smothered in the same spiced sauce.

In West Bengal, desserts are also an integral part of the culinary culture – why not combine this love of sweets with the BBQ and dust a little pineapple with spice before grilling? A bit of warming cinnamon and nutmeg or a dash of honey can turn this healthy fruit into a decadent dessert filled with irresistible spice.

Of course, this is Britain and our weather notoriously refuses to play ball even in the peak of summer. Instead of waiting with bated breath to see if the rainclouds scupper your plans, book yourself a table at one of London’s best Indian fine dining restaurants and let the experts take care of your meal while you simply relax and enjoy.

The Most Popular BBQs For Backyard Grilling In The United States

7 Healthy Foods For Your Lungs

Why We All Love A Pappadum