The huge technological growth that First World countries have experienced over the past couple of decades has helped to solve a lot of problems and has made the lives of billions of people a whole lot easier. When you take the time to think about it all it’s crazy to think that the majority of people walk around with smartphones in their pockets that are more powerful than computers that used to fill up entire offices not all too long ago.

But Who Has Been Left Behind?

There can be no denying that nowadays most people living in First World countries are extremely dependent on technology. It’s vital for their education, their jobs and for a large part of their social life with a high percentage of the population frequently using social media sites.

However, although the First World has greatly benefitted from the exponential growth of technology in recent years—The same cannot be said for the Third World. In some cases it’s almost as if the Third World has been completely left behind in terms of technological advancements.

Is There Anything Being Done About This?

Although Third World countries have been left behind there are a lot of schemes that are attempting to change this. A few of these schemes are outlined below.

One Laptop Per Child (OLPC) 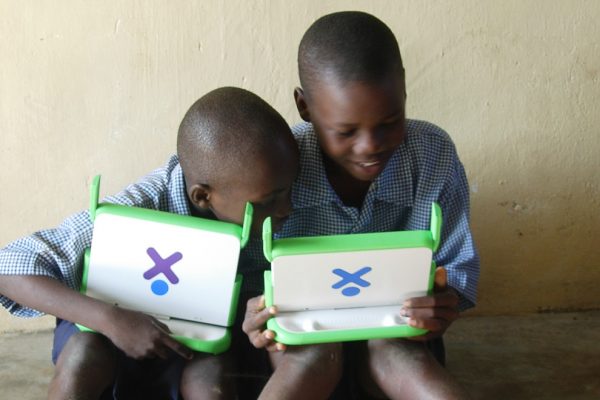 The One Laptop per Child project is a non-profit organization whose main aim is to create educational opportunities for the world’s poorest children. They attempt to do this by providing an extremely low cost, low powered, connected laptop to children between the ages of 6-12 in poor areas. The XO laptop that they provide has been specially designed to work in tough conditions and remote areas making it perfect for use in Third World countries.

The OLPC project believe that providing children from poorer areas is the best way to deliver educational opportunities as access to technology and the internet has become fundamental to education in the 21st century. However, some people are sceptical about the project believing that because the OLPC wanted to be revolutionaries and insisted on reinventing everything, they actually failed. Nonetheless, not everyone is of the same opinion as this believing that the OLPC are doing a fantastic job.

Project LoonIs a Google scheme that aims to deliver the internet to developing countries using specially made balloons. These balloons will be moving around the stratosphere and through connecting to other balloons they will be able to deliver high speed internet to disaster stricken, rural or poor area across the globe. This scheme is still in its early stages but to find out more you can watch all the videos on the Project Loon website.

Code for India is a fairly new scheme that has only recently been set up. It was started by the Indian-American Silicon Valley entrepreneur Karl Mehta with the aim of providing tools to fight day-to-day public service issues in India. The way the scheme will work is by getting developers and techies to volunteer a little time each month to develop software and applications to aid India and other Third World countries. So far the scheme has got a few hundred programmers from the likes of Google, Microsoft and Visa giving it a helping hand but Mehta’s big aim is to get 1 million programmers from all over the world to get involved with the project. This could mean helping to source affordable electronics in Columbus, or getting on with some coding. If this sounds like something you would love to get involved in you should definitely check out the website to find out how.

Step-By-Step Guide In Doing Turf Installation Like A Pro

Top Ways Through Which Your Organization Can Lose Data

4 Things to Look for when Choosing an Auto Accident Attorney