Gluten is a type of protein which is generally found in food items that are processed from wheat or any other kind of grain. It has been found in research that gluten causes celiac disease. Even the food and drug administration in the United States of America has restricted the use of the product in different food items. Following which many citizens of the country have stopped the intake of gluten based products. 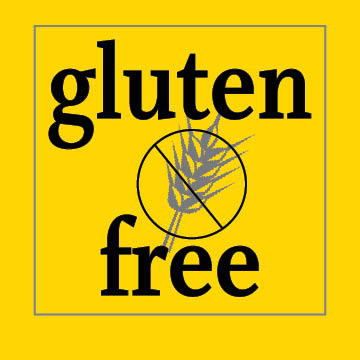 Gluten – get to know more

It is a protein that is found in foods that are made of wheat or other different kinds of grains. It is known to give elasticity to the dough, due to which it gives it the shape, helps it rise and also give it a chewy texture. The product is a composite of gliadin and glutenin. Although gluten has found its uses in many products including food items, but lately it has been found to be associated with a disease which makes people difficult to digest food materials.

Research on gluten and celiac disease

There have been several studies on gluten based products. Many of these have shown to give a form of disease known as “celiac disease” in which people suffer from chronic failure to digest any food. It is caused by the hypersensitivity of an organ of the body i.e. the small intestine to the substance gluten. There have been many cases of the disease registered in hospitals for people suffering from the disease.

Demand going down in restaurants

The demand of gluten based products has even gown down in the restaurants. Many restaurateurs havementioned that people are nowadays increasing the ordering for foods which are gluten free. And making this type of order in specific so as to make sure none of their products has the material. Statistics show that the demand for such products has increased manifolds over the past four years.

People believe a gluten free diet is a major way of losing on those extra calories you have put on. Whereas nutrition and research experts say that people who are gluten intolerant or are suffering from celiac disease only should abstain from gluten based products. It has also been found that the belief among people that the products which are gluten free are helpful in weight loss leads to all the more purchase of the product. And shopkeepers say this is the main reason that sales have boosts up in the market. Hardly a proportion of people bought it because a member of the family was suffering from gluten intolerance.

A new research has recently shown that many hoteliers and big restaurants have added up huge items based on gluten free products. The number has gone quite high in the past two years particularly. This will encourage the buyers and have proved to be a healthier option as well. It is not just the gluten tolerant, but the other larger segment of people is also opting for the same choice.

Don’t Make These Mistakes When Hiring A Catering Company