It is seen and has been verified that although companies need to pay 35% as tax rate to the government, but quite less is paid. This occurs because of the company gets grants for different reasons and due to many loopholes in the system. There are some companies that pay high and namely oil companies are the ones which make huge bucks profit every year, hence can’t be ruled out. Some of the big IT companies are paying huge bucks as taxes as well.

ExxonMobil – the highest in tax payer 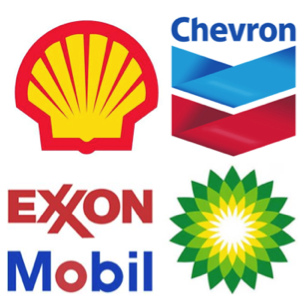 This oil and gas industry is amongst the number one ranking of tax paying. The company paid about $31 billion as tax to the government in the year 2012. Amazing is the fact, that the tax for the year 2011 was also similar. The price of the crude oil is quite a large factor in its revenue share. From the past five years it has averaged its revenue about $400 billion every year.  The company is the top producer of the natural gas, which will help sustain its first position for the years to come.

Chevron, another in the oil and gas industry has paid income tax up to $20 billion. Its revenue is averaged to about $222.58 billion. It is a public company. The company has paid at least $10 billion every year to the government as tax. Only in the year 2005, did its revenue drop about $200 billion. It provides natural gas as well. The company is a facing a difficulty with its industry, that it is unable to find new oil fields. The company assumes to increase its production by at least 20% by the year 2017.

Apple – not to far behind

Of course! How can the big tech giant be far behind the race? It has paid a whopping $14.12 billion to the government as tax for the year 2012. Its revenue is about $164.69 billion. After the huge success of its I phone, I pad and the mac book, the company’s tax payments have increased to about $4.5 billion. Lately the company is facing some hindrances in its path. Until 2007, apple was the largest seller of smartphones all over, but in the year 2011, Samsung sales outshone the former. The ipad which was initially running great on businessis also suffering danger from Google tablets. In the IT and tech industry, we can never be sure of who will remain on top and who would remain down.

This is not centuries old company that has gained rank among the top, but is about 50 years old company only. Wal-Mart has been paying taxes of about $7 billion and its revenue is about $469.16 billion. The company has indeed provided employment to large strata of people in the country. The company just has one tight issue, which is about its size.

More are the list of high tax paying companies which are either changing, but most of which remain same as it is.