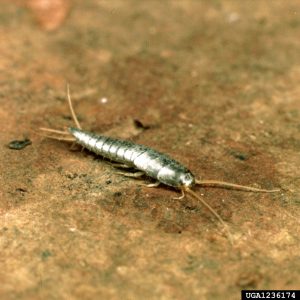 Silverfish, which many people wrongfully confuse with firebrats, are some of the peskiest pests to deal with. If you fear your house is under threat of a silverfish infestation, read on to find out what you should be looking into, in order to prevent said infestation.

How can silverfish infestations be managed in the presence of children or pets?

Many parents and pet owners are concerned with the toxicity of various substances used for silverfish extermination. Indeed, there are pesticides that produce toxic vapors or which, if ingested, can cause severe reactions in humans and domestic animals. Nowadays, however, numerous pest control providers use a packed type of pesticide, which does not need to be removed from its original packaging, in order to work. It does, indeed, need to be kept safely out of the reach of animals and children, but you can rest assured that there will be no harmful vapors eliminated into the atmosphere. The silverfish sense the presence of the substance and start eating their way to the box toward it, eventually becoming poisoned by it.

How can I tell silverfish apart from firebrats?

It’s true that silverfish and firebrats will often be mistaken for one another, since they do look somewhat similar. They move in the same way and have similarly colored bodies. However, the main visual and structural element that sets silverfish apart from firebrats is that the former have elongated antennae, as well as three long, thin legs at the end of their body. They also have no wings, which means they never fly, but instead use a squirming and crawling-like motion to get from point A to point B.

When is it the easiest to spot silverfish?

Like many other pests, bed bugs included, silverfish are most active at night and can go to great lengths in order to find food. As such, if your kitchen is relatively clean and food remnant-free, you can try baiting them out of their nests with food placed in remote corners of the room. You will notice them crawling across the wall, making their way to the food source.

What are the silverfishes’ favorite spots for setting up colonies?

Once more, like numerous other species of pests, they prefer relative silence, darkness, and dampness, so most often they will nestle in kitchens, bathrooms, or garages, but a bedroom that goes largely unused during the day and is exposed to humidity can also create a good milieu for them to develop colonies. The main aspect to bear in mind in this respect is that they go for humidity and food sources – once they have identified a viable source for nourishment, they will most likely ‘set up camp’ in its proximity and will not relocate.

What do silverfish eat?

That’s probably the main cause of the damage they produce: silverfish are not at all discriminating when it comes to food. They will eat just about anything, from plants to paper, to glue, to wheat-based foods, as well as most textile fabrics. That, however, also makes them relatively easy to trap and eliminate.

How to Take Proper Care of Marble Floors

How To Find The Best Plumbing Contractor In An Emergency

Things To Know Before Getting A Container Home