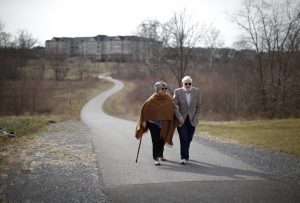 Data shows that interest rates for the average one year term deposit range from 4.90% to 4.75% and that they are being competed for fiercely by regional and national banking institutions. The system has entered a phase now where the competition for term deposits has started to ease off. Now the average 90 day term deposit, with a $50,000 balance, is returning 4.03% which is a 31 basis point reduction from December 2012 and a 90 basis point drop since June 2012.

Deposits have price revisions every three months and see the banks generate $20 to $25-billion in funds per annum. But, in recent times they have become a smaller area of focus, showing that the cost of wholesale debt has come down significantly and people are looking to other means to help them growth their wealth.

There has been some fairly aggressive behaviour with two of the major banks dropping their 90 day offers, the package that analysts say is the most popular, by 130 basis points. The banks say they are able to do this because of the easing of funding costs in the wholesale markets. On the opposite side of the scale another of the major banks, which has been losing market share lately, chose to increase the rate on its 90 day product by 90 basis points between now and June 2012 to take it to 4%. It also increased the rate on its one year product by 5 basis points since December 2012 to 4.09%.

Analysts say the decision by some banks to drop interest rates on their shorter term products is heartening and should reduce the irrationality of the market to some degree. They say this should have a positive impact on profit margins and improve the banks’ chances of being able to pass a full rate cut on in the future, should the RBA opt to drop the cash rate below 3%.

Deposits have remained one of the most influential forces in the banking sector since the onset of the global financial crisis. They now comprise 65% of the total funding costs, versus the 45% they made up before the global financial crisis, caused by lenders being forced by regulators to hang onto their long term capital for a little while longer. Deposits also make up approximately half of the banks’ deposit books and have shifted from being charged at discounted rates to being charged at a premium rate, one of the reasons that funding costs soared so dramatically.

Baby boomers have been especially fond of the higher rates and have caused the money invested into deposits to increase by 44% compared to January 2009, and significantly higher than the growth rate of 13.5% seen by other types of deposits.

The reliance in deposits for funding could leave banks at risk of credit growth increases and investors who withdraw their money from deposits. Some analysts predict that deposit competition should ease further as the banks no longer have to provide financing for strong asset growth and have increased the finances they are able to secure from longer term funding sources. Ultimately though the pressure that was driving banks to secure more business has eased off and consumers are shopping for financial products that can help them maximise their savings and investments.

KAKEIBO Keeping Your Finances On Track, The Japanese Way

What National Debt Relief Is All About

Why You Need a Good Prepaid Card Program