As an 80’s kid who grew up obsessed with film and who had no internet access until I was in my 20’s, I look upon the likes of YouTube and Vimeo and believe that anything is popular for today’s generation of filmmakers.

You can make a goofy comedy, an animated short or a blood-splattered horror for next to no money and yet the charm and talent displayed on screen will be enough for the film to find a huge audience.

There have been examples of YouTube filmmakers who have been snapped up by Hollywood. Take Uruguayan filmmaker Fede Alvarez, who made his film Ataque de Pánico! for $300, posted it on YouTube and soon found himself inundated with emails from Hollywood studios. Kanye West even featured the film on his blog! 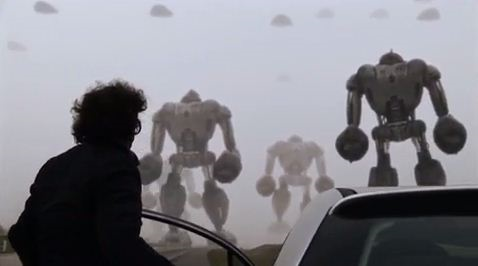 Although these instances are rare, YouTube is definitely the place to feature your movies as an up and coming filmmaker. YouTube gets more than 1 billion unique visits each month and is localised across 56 different countries. That’s an audience that I couldn’t have dreamed of when I was hoping to remake The Terminator as a kid.

If you are going to find an audience online as a filmmaker, uploading your movies to YouTube is just the beginning. You should fire links to your video out on social media accounts and write about your film on your website and/or blog. Creating a buzz around your film is important, and can bring the right crowd to your film. You can also submit your film into online festivals just by using the YouTube link for your film. These are all avenues that should be explored if you are going to become a YouTube sensation.

A Word about Trolling and Negative Comments

As with all online facilities, there are negatives that you have to be aware of. Due to the rise of internet trolls – and YouTube is rife with negative and abusive commenters – it is sometimes likely that a film that receives some buzz is also going to receive some criticism, and not all of it will be constructive or legitimate.

Even on the aforementioned Ataque de Pánico! there are inappropriate comments, spam comments and even unrelated arguments between users that risk blighting the entire experience. You have to learn to rise above this, as it is a sad reality of the online world that people are going to be abusive and negative online. Until rules and regulations related to inappropriate comments and abuse are brought in and exercised fully, all you can really do is ignore them or to add applications such as a profanity filter or video moderation to ensure that you don’t have to experience this ridiculous negative online behaviour.

Let’s put all of the negativity to one side though and concentrate on how great YouTube can be to help build your portfolio as an amateur filmmaker and help make that leap towards becoming a professional filmmaker who is sought after for their cool and creative works.

By uploading your films onto your YouTube Channel, you are essentially creating a body of work that will allow friends, family and (hopefully) Hollywood execs to see your trajectory as a filmmaker. Start shooting and get uploading. Your filmmaking career starts with YouTube, but ends with Hollywood!

5 Things That Matter When Installing A Tv Wall Mount