We already know we’re unable to drink 97 percent of the water on earth. Unfortunately, two-thirds of the remaining fresh water is also undrinkable at this moment in time. It’s why over a billion humans don’t have access to enough water for drinking, eating, and washing regularly.

It’s only going to get worse too, because the population is growing at an alarming rate. The United Nations predict it could climb to well over 10 billion by the middle of the century. The main reason this could be disastrous is due to farming.

Why Current Farming Methods Will Eventually Destroy Us

Everyone lucky enough to live in a First World country takes food for granted. It’s doubtful they even know how much fresh water is wasted on a daily basis around the world. For example, a UC Davis study found it takes 441 gallons of water to produce a single pound of beef.

We’ve been told we waste too much water at home, which shifts the blame onto the average person instead of companies. How many times have you been told running a bath is bad for the environment? It still takes 2 bathtubs full of water to make one hamburger patty. 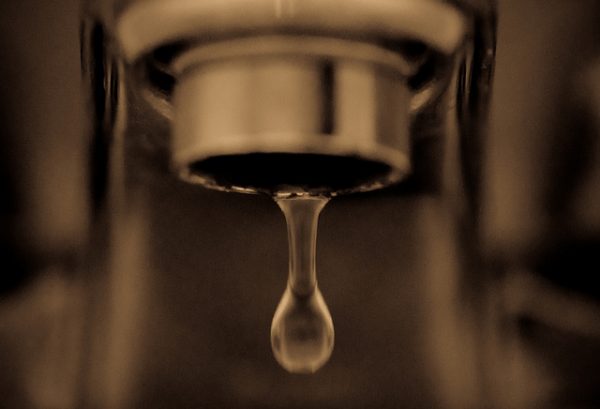 We Need To Look For Better Ways To Farm Our Food

Vegans will tell you their diet helps the environment. The amount of water required to produce meat does outweigh the amount required to grow grains and vegetables, but it doesn’t make a lot of difference is the grand scheme of things.

To grow a kilogram of wheat we waste 130 to 1,050 gallons of water. The way we currently farm is destroying our planet and it’s time to come up with some alternative farming methods. Thankfully we already have a few we’ll eventually roll out on a large scale.

Harvesting Rainwater Is The First Step We Can Take

If we could drink sea water all of our problems would disappear overnight. If you think about it, we also have an endless supply of water falling from the sky all the time. Rainwater harvesting is the first step we can take because it won’t require much effort.

Even the average gardener can collect rainwater to grow their vegetables, so it will be easy to build large scale tanks. Nobody will care too much about wasting water when it doesn’t come directly from our fresh water supply that’s going to help keep us alive.

If you drive through the rural parts of any country you’ll see countless fields dedicated to farming. They then have to transport all the food into urban areas, but in the future they’ll build industrial vertical gardens inside cities because they don’t take up much space.

Imagine walking into a warehouse and seeing rows and rows of food spanning from the ground up to the sky. We already know vertical farms can grow produce using up to 95 percent less water than traditional farms. As an added bonus, they grow a lot quicker than you’d expect too.

Vertical gardening will take care of the bulk of our food, but it doesn’t deal with the biggest problem. Meat wastes more water than anything else and it needs to be taken care of too. If you’ve been paying attention to the news you’ll know we can already grow all sorts of meat in labs.

It’s only going to take a while before we can grow it on an industrial scale using 99 percent less water than is needed to care for livestock. At the moment growing lab meat is 30,000 times less expensive than it was a few years ago. Once it becomes mainstream consumers won’t care where it comes from.

We Will Have To Do Something Drastic

It’s not just the fact our fresh water needs will increase due to population growth. The planet is literally running out of water and it’s so bad we’ve already reached the point of no return in many of our water aquifers.

NASA satellites conducted a 10-year study and determined one-third of the largest aquifers on earth aren’t going to fill back up. If we don’t alter the way we approach farming we’ll end up in serious trouble.

Does Environmental Activism Achieve Anything?

Eco-Friendly Ways to Renovate your Home