We are living on Earth, the only place we know where life can exist. Even if there are millions of other planets that can sustain life, the closest one could be too far to reach and may be less than ideal than our Earth. Earth is a complex system where little changes have dramatic effects on other things. Our current lifestyle has caused many effects on the environment and we have been hearing about things that have gone bad. Many natural disasters could be indirectly caused by our behaviours. Our technology has expanded so much that it could start to affect our Earth. 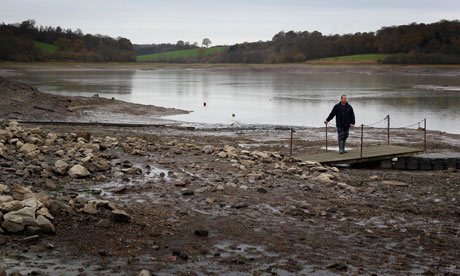 Global warming is a common term that we hear. It happens because greenhouse gasses have trapped heat in the atmosphere. Ideally, heat from sun will be reflected to the empty space, but higher percentage of specific gasses attracts more heat or prevents it to escape. The average increase of temperature could be low, but even a change of 0.1 Celsius can cause dramatic results.

Thunderstorms, hurricanes, drought, heat waves and blizzard have become somewhat more intense. Although there is no solid proof, many have suspected that higher temperature in the atmosphere has contributed to less predictable weather patterns.

Climate change is another worrying thing. Climate is a set of weathers that occur repeatedly according to specific predictable patterns. However, in many areas, weathers are no longer predictable and this could mean an overall climate change. Some areas can be warmer, with hotter summer and warmer winter; while others could have the opposite situation.

Climate change can be disastrous for the environment, because existing plants and animals thrive based on specific climate. This could cause changes in behaviours and in many cases, extinctions.

Ozone holes sound quite frightening for us. Some synthetic gasses that we make for specific industrial uses regularly escape to the atmosphere and this could cause bad effects. These gasses simply breakup the bond of ozone molecules and turn them into simpler molecules. As a result, ozone layers on the poles become thinner and harmful sunrays can impact the surface of the Earth.

It is unfortunate that these global changes could be irreversible and the only thing we can do is to prevent further escalation. Hihgher atmosphere temperature will cause more violent disasters and they will cost us immensely. People who live in areas with more frequent natural disasters will have lower quality of life because they need to recover repeatedly. Further climate changes will cause mass extinctions in some areas because the environment is no longer suitable for many living organisms.

Ozone holes may affect only people or animals that live near the poles; but the thinning could spread. Eventually, it will reach some major cities in Alaska, Scandinavia and Siberia. This will result in higher incidences of skin cancer, cataract and other illnesses. We should stop further damages by adopting lifestyle advised by experts.

The Author is an expert in professional seo services. And can be reached via his website for any business seo related information and questions

How to Make a Miniature Tray Garden