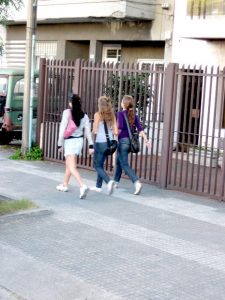 If you were traveling abroad and suddenly fell gravely ill, would you know how to ask for help? You wouldn’t want to be thumbing through your Spanish-to-English dictionary, trying to find the word for “hospital.” That’s why it’s a good idea to prepare for your travels in advance by learning a few important words, questions and phrases.

Maybe you’ve already figured out how to say “Where is the police station?” in French. But do you also know how to politely get someone’s attention?

When asking for information in France, always precede your question with the French equivalent of “Excuse me for bothering you.” It’s also customary to say hello and goodbye to staff when entering and leaving a store. Brush up on basic pleasantries if you’re headed to France so you can avoid offending the locals.

Listen to the Words

Reading a word is helpful, but hearing a word pronounced is even better. For example, if you look at the Spanish word for “hospital,” it’s the same as the English version, but the words are pronounced differently.

You’ll find resources online and smartphone applications that pronounce words. Listen to the words you need to know; you can always jot down some pronunciation tips on an index card and stick it in your wallet. Not all smartphones will work abroad, so don’t count on apps or translation software being accessible while you’re traveling.

Planning for the Worst

People travel abroad every day without incident or injury, but if an emergency does arise, you want to be able to communicate quickly and effectively. Even if you know how to say, “Please take me to the hospital,” think about what else you might need to communicate to hospital staff. For example, assuming you’ve adequately prepared for your trip by getting international medical insurance, you want to let someone know you’re insured if you’re being admitted to the hospital.

You also should learn how to ask for directions to the U.S. Embassy, which can literally save your life in a medical or political emergency and can help you replace a lost or stolen passport.

Keep in mind that along with learning some basic words and phrases, you should study-up on cultural norms and taboos. Just as the French have expectations about manners, other cultures expect you to behave a certain way when you’re a guest in their country.

In many European countries, it’s considered rude to talk about religion and politics. And gestures can take on entirely different meanings in other countries. For example, the sign that U.S. residents recognize to mean “OK,” is considered obscene in Spain.

When you travel abroad, locals don’t expect you to be fluent in their language. But they’ll certainly appreciate you making an effort to communicate in their own language – and therefore are probably more likely to be helpful when you ask for directions.

The Best Cities if You’re Planning for a Big Move