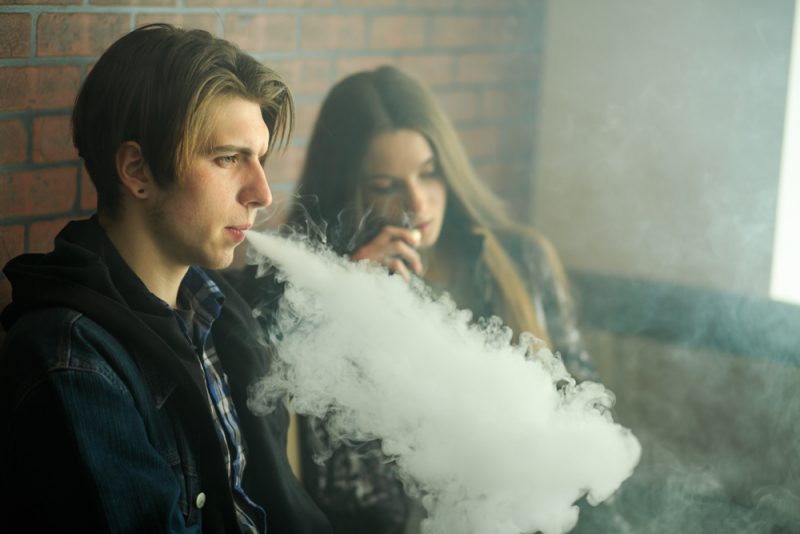 How Vaping Is Safer

When you ‘smoke’ an electronic cigarette, the smoke that is produced is actually water vapour from the e-juice that is used in the e-cig. The primary ingredients in e-juice, also called e-liquid, are non-toxic vegetable-based oils or other flavour carriers that are used in food products. Since there are no toxins in e-juice, the vapour it produces is not harmful to the smoker or those around him or her.

Not only does smoking tobacco cigarettes pose a health risk to both the smoker and those around him or her, but they pose a safety risk as well. Since a tobacco cigarette is lit by fire, the end of it burns and can cause fires if it is not completely put out. Many people have accidentally caught bedding or furniture on fire after falling asleep with a lit cigarette in their hands. Smoking is recognised as the primary cause of accidental fires in the United Kingdom.

Since e-cigarettes do not require fire to be ‘lit,’ there is no danger of accidental fires by either falling asleep while smoking or dropping a lit cherry from the cigarette. An electronic cigarette is lit with the push of a button, which switches on the battery, and the end of the e-cig lights up to indicate it is being smoked. Then the vapour will be released as smoke would be with a tobacco cigarette.

If you are considering making a switch from tobacco to electronic cigarettes, you can get everything you need to get started vaping if you buy an electronic cigarette starter kit. Most starter kits come with a clearomiser, battery and USB charger. When you purchase a starter kit, you can also select one of the many flavours of e-juice to use when vaping with the kit.

E-juice comes in dozens of different flavours, from tobacco flavours to candy, dessert and beverage flavours. It is also available in different nicotine strengths, so you can use vaping as a way to quit smoking altogether or to lower your levels of nicotine when you do enjoy an electronic cigarette. Switching to electronic cigarettes has helped people to completely stop smoking. They are a safer alternative to smoking tobacco cigarettes.

Risky Surgeries—How to Tell if Something Goes Wrong

Just How Safe is Radiation that May Be Used to Kill Bacteria on America’s Produce?