It is often viewed as a part of youth culture to attend music concerts.  However, drug arrests are common at such events, and it is important for you to protect yourself.  It may seem like a lot of people at such concerts are breaking the law.  However, this fact alone does not protect you from an arrest or from criminal charges.

A good criminal defense lawyer will encourage you to obey the law.  However, if you do find yourself in trouble, the advice from a lawyer will always be to invoke your right to remain silent and not to consent to any search.  Too often a suspect will make the case for the police by incriminating himself or herself.  It may seem like such cooperation will earn leniency but this is seldom the case.

The law enforcement at music concerts can vary widely.  Sometimes the primary presence at such an event is the private security provided by the venue itself.  Sometimes, the local county or city government will provide reserve officers to police the concert.  Other times, specialized drug detectives will be running plain-clothes or undercover operations. 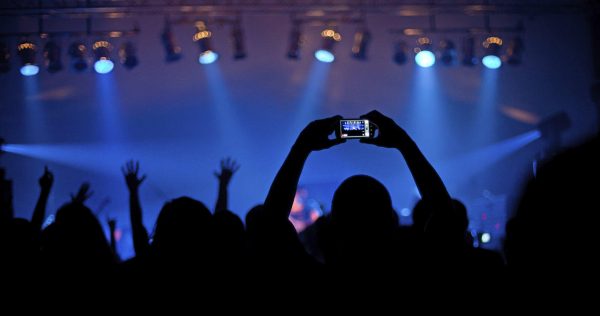 An arrest at such a music concert can be very intimidating. Arrestees are usually brought to the local jail in the nearby county or city.  This can often be a strange location, and out-of-towners may not know anyone in the locale much less a good local lawyer.  Usually a person that is arrested will be seen by a judge the next day so conditions of release can be set.  A local judge will usually consider whether a person has a history of prior drug arrests.  A judge will also consider the ties or connections that an individual has to the community when setting bail.  This second factor can often work against a concertgoer because concertgoers often are visiting from out of town.

When a person is first arrested they will often be assisted by a local public defender.  Hopefully such an attorney will be present with the arrested party when he or she is seen the next day by the judge.  This is not always the case.  Sometimes a private attorney can be secured to assist right away.  Whether a person is assisted by a public defender or a private attorney, the rules are the same.  The attorney is required to keep confidential all the information that client provides.  The attorney is also tasked with being the advocate for the defendant.

When a person is released, he or she is given a date for the next court appearance.  The date is usually within two or three weeks from the time of the arrest.  Often times a person from out of town will hope the court case is transferred back to their home city.  However, a case is rarely transferred to another jurisdiction. Usually a person will need to appear another two or three times in court even if this means flying in from another city or state.

The outcome of a drug arrest at a concert can depend on a lot of factors.  The factors are often the quantity of the drugs possessed, the length of a person’s criminal record, whether the drugs were sold, and the type of drug that was sold or possessed.  A criminal defense lawyer has to give specific advice depending on the facts of the case.

What Is Really Called Personal Injury?

10 Tips To Recall Before Hiring An Attorney

Why You Need Legal/Professional Advice When Claiming For Unfair Dismissal