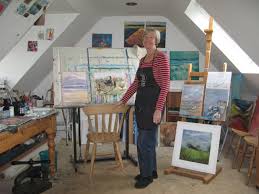 There is no doubt that we’re going through a challenging time here in the UK, especially as far as the economy is concerned. Although the last few months have brought some fairly encouraging news in terms of the general economic condition, millions are still without decent jobs, our exports are not what they should be and many prices of basic necessities keep rising. Although retailers are expecting a fairly robust Christmas season, it may prove to be just a flash in the pan due to pent-up consumer demand. However, this summer, ministers had to make difficult decisions in terms of the national budget, cutting wherever they could. One of the areas that was most impacted was the arts, and that is a mistake.

Art as Culture and Profit

We don’t really have to get misty eyed about the impact of art on our culture here in the UK. We are known as one of the leading countries in the world in a wide variety of areas, from painting to theatre. It is not necessarily the only reason why so many visitors come from all over the world to visit cities such as London, but it is undoubtedly a compelling reason. These tourists bring hard currency and spend money all over the place, from hotels and restaurants to High Street stores, cabs and just about anything else you can think of. Therefore, in many ways, investing in the arts is investing in the economy of the UK. Cutting funding to the bone will most certainly result in a much less attractive cultural landscape, which could arguably lead to a loss of tourism. Do we really gain anything in the end? Chances are, cutting back on funding for the arts is a losing proposition, purely from an economic standpoint.

When we are dead and gone, perhaps the only real tangible trace of our time on Earth will be what we left behind, and I don’t mean our refuse. Art is what defines us as a civilisation, allowing future generations to have a glimpse of what our thoughts and feelings were during our time here. As an example, imagine if the Vatican and other rich patrons had not spent lavishly during the Renaissance on all of the artworks that those great masters produced. Today, not only would our lives not be richer from those artworks, but we would also not have as clear a picture of what the thoughts and feelings were during that time. So it can only be hoped that, as things improve in the UK economy, funding for the arts will continue to be vigorous, not only adding to the overall economy, but also allowing us to leave our imprint on history.

Make Your Own Contribution

If you like to paint or sculpt, you, too, can make your small contribution to our culture. Who knows, perhaps in the future you will be recognised as one of the great artists of our time. Naturally, you’re going to need plenty of supplies to do what you do best. For this, all you have to do is visit http://www.jacksonsart.com, where you’ll find everything you need to produce whatever you want.

NDIAN TEXTILE HANDICRAFTS YOU NEED IN YOUR CLOSET