A combination of research, early diagnosis and treatments are allowing more women and men with breast cancer to live longer. Additionally, aggressive research has increased the numbers and types of treatments that are available to physicians and patients. This puts research at the heart of breast cancer treatments.

To see how far research has come, physicians and patients don’t have to look back that far. For example, in 1975, “Mastectomy was the 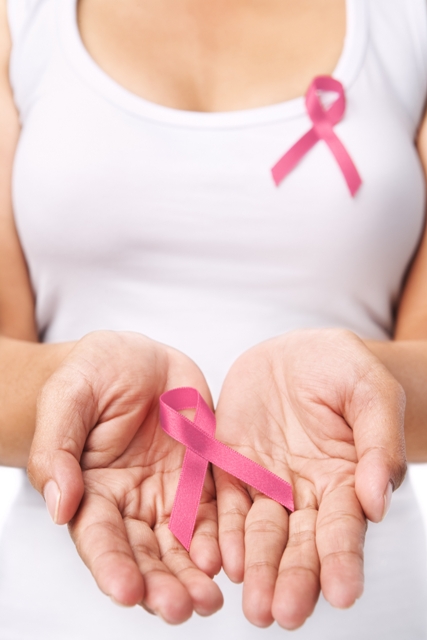 only accepted surgical option for breast cancer treatment,” according to the National Cancer Institute. Back then, physicians were just starting to perform mammograms.

Other treatment forms that were in the early stages during the 1970s were chemotherapy, hormonal therapy and post surgical therapy. Hence, a continued focus on research as a means to support breast cancer cures. Direct and indirect ways to support breast cancer research include donating to local charities, giving to national foundations that focus specifically on funding new research and participating in clinical trials.

Regarding clinical trials (a direct way to support breast cancer and other medical cures), the government says, “In a clinical trial (also called an interventional study), participants receive specific interventions according to the research plan or protocol created by the investigators. These interventions may be medical products, such as drugs or devices; procedures; or changes to participants’ behavior, for example, diet. Clinical trials may compare a new medical approach to a standard one that is already available or to a placebo that contains no active ingredients or to no intervention.”

Surgical procedures and drugs are two commonly used clinical trials that support breast cancer cures. Participants are generally asked to keep a record of side effects, improvements and other situations they experience while they’re in a clinical trial. They might also be asked to record their feelings and experiences, including any physical symptoms they have, while participating in a clinical trial.

People who have already been diagnosed with an illness or disease are sometimes more apt to participate in clinical trials. However, larger numbers of the population are more willing to support breast cancer cures indirectly. Actions people can take to help increase the chances that adults diagnosed with breast cancer enjoy longer, more rewarding lives include attending support group discussions with loved ones who have been directly impacted by the disease, participating in fundraisers (i.e. marathons, walkathons) and helping to distribute educational materials in communities where they live.

For example, as more educational information about hormonal therapies was released into the general population (sometimes directly from patients), the medical community took action. The American Cancer Society shares that, “After increasing for more than 2 decades, female breast cancer incidence rates began decreasing in 2000, then dropped by about 7% from 2002 to 2003.”

Additionally, “This large decrease was thought to be due to the decline in use of hormone therapy after menopause that occurred after the results of the Women’s Health Initiative were published in 2002.” It’s these types of direct and indirect action steps that women and men must continue to take to support breast cancer cures if the disease is to be wiped out or weakened significantly.

How To Hack Your Health With These 4 Habits

Things One Should Know About Kratom Solution