Remember the uproar following Beyonce’s infamous lip synched performance at Obama’s Presidential Inauguration? Her flawless version of Etta James’ ‘At Last’ proved to be pre-recorded. Even though it was pretty impressive miming, we all know Beyonce really can sing!

Less convincing examples of lip synching include Lindsay Lohan on US TV show Good Morning America. Her performance fell down around two minutes in when she seemed to forget the words but miraculously, without the need for her lips to move, the vocals continued. 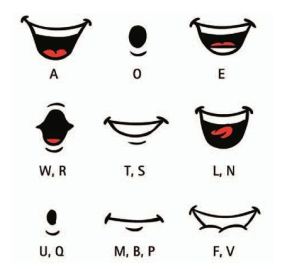 Thankfully, whether you think there is a time and a place for lip synching in the music industry or not, there is no reason to miss out on that live gig experience by getting yourself music memorabilia. Sites like www.ebay.co.uk have a wide variety of band and solo artist merchandise available.

However, that doesn’t make it anymore acceptable. There are endless Britney Spears examples of lip synching gone wrong. In 2007 after two years without an album release she launched comeback with a performance at the VMAs (Video Music Awards). Starting with the words ‘Britney’s Back’ the wobbly routine received luke-warm applause from the audience of fans and celebrity guests. Another Britney classic was her seventh world tour, the much heralded Circus Tour. With concert goers leaving early, the show did not go down well and the Australian government even considered adding disclaimers to warn attendees that significant parts of the show were not live.

Perhaps the saddest example of lip synching is Lin Miaoke at the Olympic Opening Ceremony 2008, held in China. Lin appeared to sing the Chinese national anthem in Beijing and melted hearts around the world. When news that another little girl, Yang Peiyi, was the real voice behind the song, eyebrows were raised.

The lip synching roll call goes on. There was Milli Vanilli during their 1990 concert when their pre-record track started skipping. This led to further revelations that they didn’t even bother to sing on their studio tracks either. Ashlee Simpson was outed as faking it on a Saturday Night Live gig in 2004 when her backing track bore no resemblance to the song she was singing. Her enthusiastic dancing around the stage did little to distract viewers.

Some bands refuse point blank to lip synch seeing it as a form of fraud. When rock band Iron Maiden were expected to perform to a pre-recorded track for German TV in the mid 80s they made sure they revealed all to viewers. Vocalist Bruce Dickinson swapped places with bassist Steve Harris and mimed playing for a while before employing exaggerated over-acting to beat Harris with the guitar. In the meantime, the song continued in the background without pause.

But does lip synching always have to be a bad thing? A 1983 Michael Jackson performance of Billie Jean saw him make a success of miming. The energy and showmanship displayed made for such an awesome audience experience that nobody seemed to blink when it became apparent he wasn’t really singing.

Whether or not it ruins the experience is down to the individual but if you can’t sing live, why be a singer?